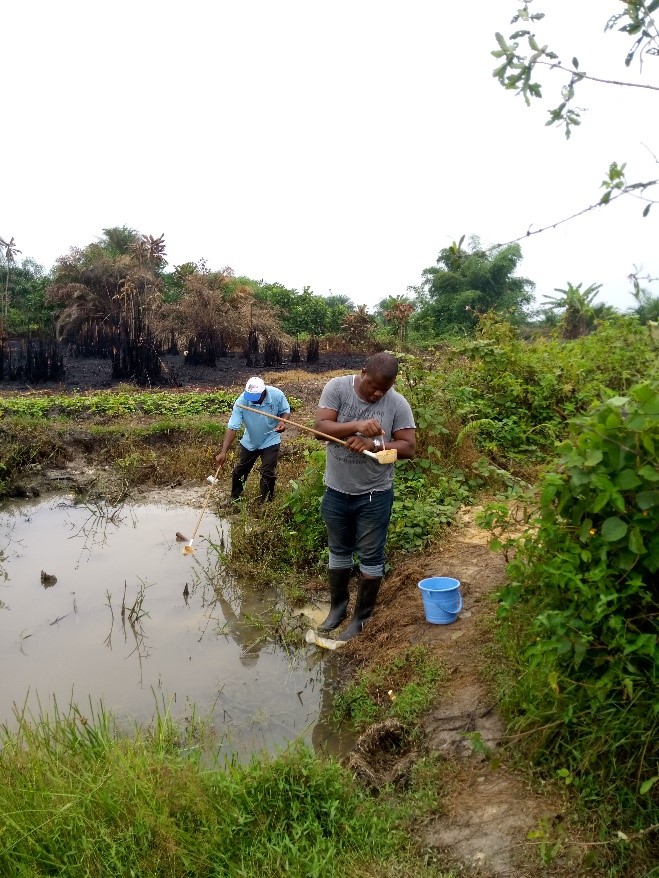 Since 2006, global malaria cases have dropped by 27 percent, while malaria death rates have declined by 60 percent in PMI focus countries (PMI 14th Annual Report). Much of this progress can be attributed to the scale-up of life-saving interventions, such as indoor residual spraying (IRS) and long-lasting insecticide-treated nets (ITNs), key components of PMI’s vector control strategy, as well as national malaria control strategies across sub-Saharan Africa. IRS and ITNs have proven effective for their use of insecticides that kill and repel mosquitoes that carry the malaria parasite.

Vector mosquito resistance to insecticides is growing, which threatens the impact of malaria control strategies and could increase the spread of the disease. PMI monitors for insecticide resistance of malaria vectors, sharing that data with National Malaria Control Programs (NMCPs) to help support vector control decision making, ensuring that the most effective insecticide is used to reduce the burden of malaria.

In Liberia, PMI collaborates closely with the NMCP, National Public Health Institute of Liberia (NPHIL) and staff from the University of Liberia to conduct entomological surveillance, including longitudinal surveillance and insecticide resistance (IR) testing. Longitudinal surveillance is done monthly and allows entomologists to determine species composition of malaria vectors by season and area, seasonal changes in vector density, peak mosquito season, and the optimal time for vector control interventions, as well as enabling entomologists to assess the impact of those interventions. IR testing is done annually at each site against a number of insecticides to test main malaria vector susceptibility to insecticides used in vector control interventions. Since 2015, the number of surveillance sites in Liberia that PMI supports has increased from two to eight sites, helping to improve the overall IR and vector bionomics data, which include the vector’s behavior and susceptibility to insecticides, which can help to determine the appropriate vector control strategies.

IR data collected under the PMI Africa Indoor Residual Spraying Project (2014-2016) revealed significant and widespread pyrethroid resistance among the populations of Anopheles gambiae s.l., the major malaria vector in Liberia, signifying that standard pyrethroid nets may not be effective in protecting populations in Liberia. PMI supports ITN access for pregnant women and infants in Liberia through continuous distribution at antenatal clinics and facility delivery. ITNs physically block mosquitoes at night, when they are most likely to bite, and kill mosquitoes that land on them.

New types of nets that are more effective against pyrethroid-resistant mosquitoes have recently become available. One of those nets combines standard pyrethroids with piperonyl-butoxide (PBO) and was considered for use in Liberia. However, data collected through the PMI VectorLink Project from 2017-2019 showed while PBO improves the killing effect on mosquitoes, it does not fully restore susceptibility to pyrethroids. These findings suggest that PBO nets would provide more effective, but not optimal, vector control over standard pyrethroid ITNs in Liberia.

As a result, PMI VectorLink and NMCP conducted tests with chlorfenapyr, the active ingredient in the new Interceptor G2 nets. Chlorfenapyr is a new generation of insecticides that have proven to be effective against mosquitoes that are resistant to conventional insecticides, as well as being safe and easy to use.

The initial test results show complete susceptibility (100% mortality) of malaria vector mosquitoes in those sites where testing has been completed. Given that chlorfenapyr is a novel insecticide for public health use, widespread susceptibility is expected throughout the country.

This data was used to support the Government of Liberia’s decision to participate in the New Nets Project, which is piloting ITNs with new insecticide combinations in moderate to high malaria transmission areas throughout sub-Saharan Africa. This includes the procurement and distribution of Interceptor G2 nets in the next mass campaign in 2021.

“It’s an excellent move now that the Government of Liberia has switched from standard ITNs to the new type of nets (Interceptor G2). This decision was made based on evidence-based data collected by the National Malaria Control Program with support from PMI USAID through PMI VectorLink. We expect that the introduction of new nets will help sustain the gains made in reducing the malaria burden in country,” said Chrispin Williams, NMCP Vector Control Coordinator.

PMI VectorLink Liberia will continue to work with partners to gather data on weather patterns, case management, vector control practices and entomology to assess the impact of Interceptor G2 after mass distribution in 2021.