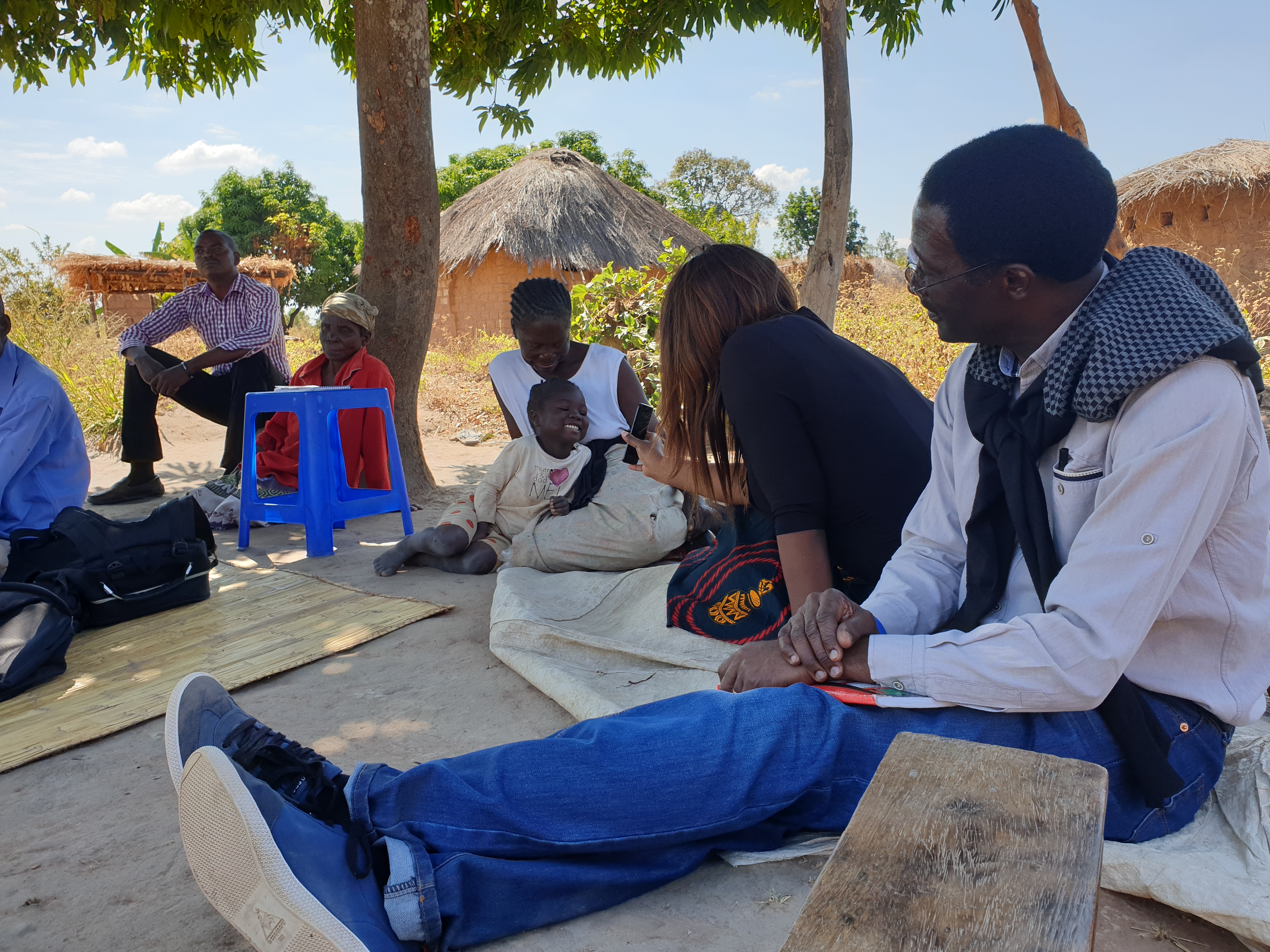 Dr. Oliver Lulembo has dedicated his life to treating and caring for people’s health. From his days as a pediatrician to his work as a public health practitioner, Dr. Lulembo has seen the rewards treatment and prevention can have in reducing the burden of malaria. He received his Master of Medicine in Pediatrics and his Bachelor of Medicine and Surgery from the University of Zambia in Lusaka and a Master of Public Health from San Diego State University in California. After years as a pediatrician and clinician, he shifted his career to designing, implementing and managing health programs in Zambia, Botswana and Malawi. From 2008-2012, Dr. Lulembo served as PMI Zambia’s Resident Advisor for USAID. In 2012, Dr. Lulembo retired from full-time work so he could spend more time with his four grandchildren. Now he works part-time as Senior Insecticide-Treated Net (ITN) Technical Advisor for the PMI VectorLink Project in Zambia. Recently, Dr. Lulembo took time late in his evening to talk about his current work with the PMI VectorLink Project.

Can you tell me about your role on the PMI VectorLink Project?
In my previous role with PMI, I worked with the Zambia National Malaria Elimination Program (NMEP) on their strategy for vector control interventions to distribute nets, amongst other responsibilities. This was mostly with routine net distribution through antenatal care, the Expanded Programme on Immunizations and supported mass campaigns. Now I am working with the NMEP and the Ministry of Health to help build their capacity to plan, implement, monitor and evaluate the upcoming ITN mass distribution campaign. It’s a very exciting assignment. PMI plans to procure an estimated 2.1 million ITNs for the 2020 campaign targeting Eastern, Luapula, Northern, and Muchinga Provinces.

What is your experience with malaria?

I have experience from many perspectives. One, of course, is as a patient of malaria. Several times. As you grow older, the attacks get less severe because you develop a bit of immunity. So I don’t get many attacks now. Also, I live in Lusaka, which is an urban area. The incidence of malaria here is quite low.

My first born also had malaria, and it was quite a big deal as he became very, very sick. That’s quite typical of malaria. You never know how patients fare in a short period of time, especially if they have not yet developed any immunity. If you don’t intervene with medical treatment, they die. My youngest son also had very severe malaria, which was quite serious.

I also have experienced malaria as a pediatrician. I saw babies and young children who tend to get very severe cases of malaria. Sometimes they come for care very late with complications, with severe anemia, and you can lose them. It’s very sad when you’re working with children. The last thing you want is to lose a young life.

Can you talk about the importance of the ITN campaign in the face of COVID?

It’s extremely important, and the good thing is that the government, MOH and partners, such as PMI, are communicating that. We know that COVID-19 and malaria share symptoms, so you get things that are common in both the virus and malaria. Our messaging tries to address that. We cannot afford to let our guard down. We need to maintain our interventions to avoid or abate deaths. That’s been the message consistently. Let’s maintain the prevention control measures, the treatment and other things that make sure we control malaria in this country.

Unfortunately, COVID-19 has diverted part of the workforce from the key interventions related to malaria. It also has changed the way people seek healthcare. So we may not be seeing as many people coming through for care. The international supply chains, including nets, have been delayed slightly. We’ve also seen commodities for testing malaria delayed, so it’s worrisome. But the message has been very clear. We must maintain intervention services.

What has surprised you most about the project?

With the PMI VectorLink Project, the main program has been IRS. Now, it’s working in nets and that’s when I became involved. We are helping the NMEP to implement this huge campaign, which is very different from the previous campaigns that have been implemented before. The past campaign in 2017 was a universal campaign, so it was one net for every 1.8 people. This time around it’s a very special type of campaign. It’s complicated because there will be some communities that receive IRS and some that receive nets. Zambia’s vector control interventions include the use of ITNs, IRS, and, where applicable, larval source management. For the 2020 ITN mass campaign, the NMEP will implement a unique, data-driven approach to the deployment of IRS and distribution of ITNs in a “patchwork” or mosaic configuration.

The ITN campaign will be a door-to-door distribution. We’ve determined quantities of nets for districts and how they flow to the health centers and then to the communities. We’ll have community-based volunteers to register the households and then those volunteers will return to distribute the nets while observing COVID-19 precautions. We had planned this campaign to occur before the rainy season and before the IRS campaign. Because of COVID-19, there’s been a disruption to the supply chain, so it looks like both IRS and ITN campaigns will happen at the same time.

Was this door-to-door approach decided on because of COVID?

This approach came as a lesson from the 2017 campaign, which used fixed distribution points. Communities were primed and sensitized to come to the distribution points to receive their nets. Back in 2013, we did a door-to-door campaign that seemed to work better because the net use-to-access ratio was better. So we’ve gone back to the door-to-door approach.

In this country, malaria incidence is plateauing and we really want to drive down that incidence. Last year’s floods brought an upsurge in malaria incidence and rise in deaths, so that’s worrisome, and we are trying to address that. It has not only affected Zambia but the entire region.

As a pediatrician, you see patients with malaria come into the hospital. When you treat them and then they go home ok, the feeling is really good. It’s a special feeling you get. It’s out of this world. Then, when you switch over to public health, you are part of planning, implementing, and evaluating strategies that affect not one patient but communities. You are talking in terms of thousands, millions of people who benefit from the work that you are a part of, and that special feeling is magnified so many, many more times. So this work becomes extremely addictive. It’s a privilege and an honor to be part of the work to protect people against malaria. In the malaria world, I think I’m in this for the long, long haul.