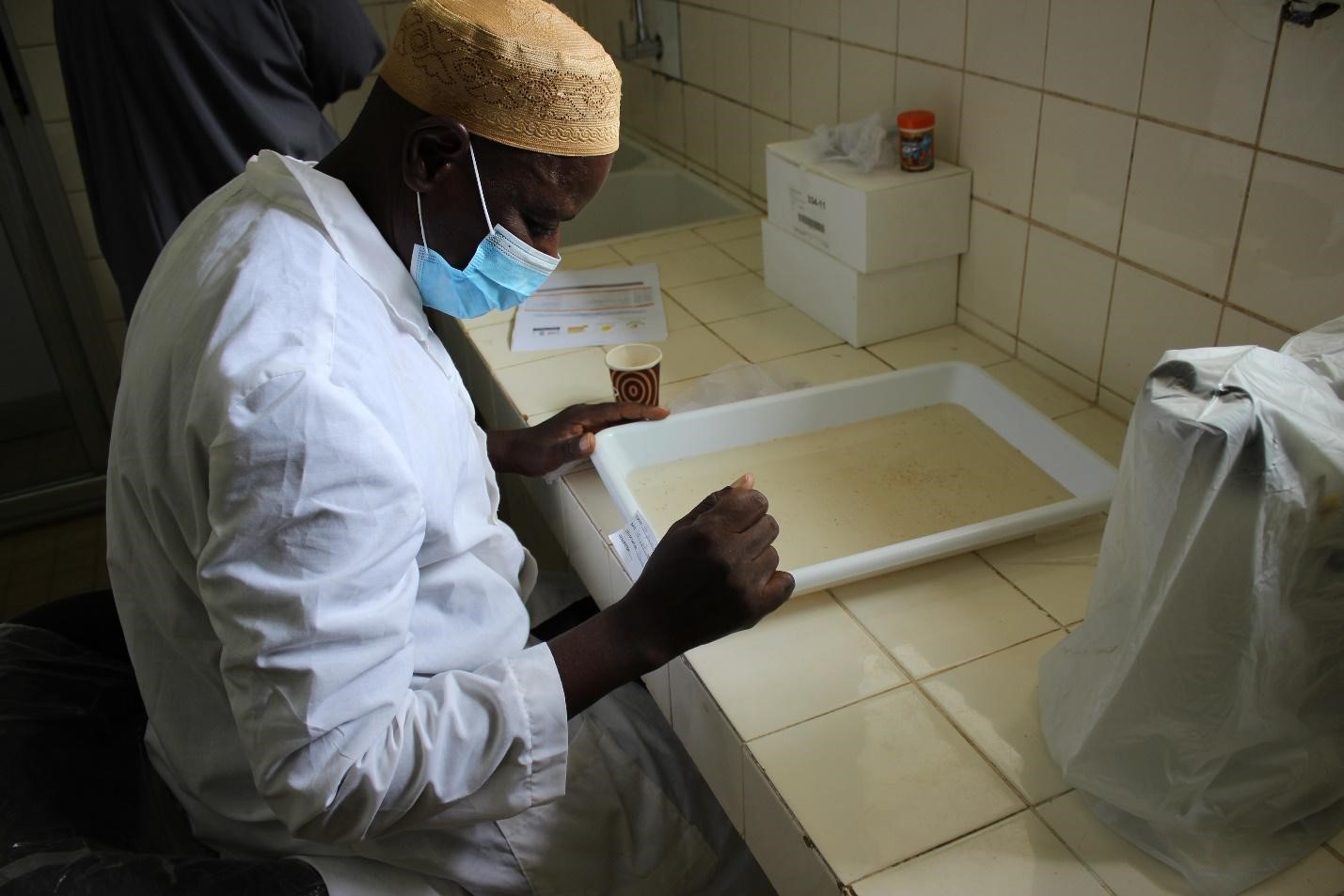 In the West African country of Niger, 94 percent of the population is at risk of contracting malaria[1]. As evidenced throughout sub-Saharan Africa over the past 15 years, gains in reducing morbidity and mortality from malaria depends on the use of effective insecticides in vector control measures, such as insecticide-treated nets (ITNs) and indoor residual spraying (IRS). As insecticide resistance grows in malaria vector populations, testing the bioefficacy of insecticides used to kill mosquitoes is increasingly important to reducing the malaria burden. To support Niger in malaria vector entomological monitoring and contribute to quality data collection for decision making, the U.S. President’s Malaria Initiative (PMI) has invested in Niger since 2018 to build capacity and improve entomological data collection in several sites across the country.

Until recently, Niger lacked an up-to-date insectary to test vector control interventions. While there was adequate space for an insectary, Niger did not have the proper and standardized mosquito rearing conditions in place nor the equipment needed to breed and maintain a susceptible mosquito colony. As a result, Niger’s Medical and Health Research Center (CERMES) was unable to conduct certain types of tests, including the assessment of the bioefficacy of vector control tools and determine how long an insecticide remains effective on a treated tool, such as on ITNs.

In its efforts to build capacity of national institutions, the PMI VectorLink Project, rehabilitated the space being used by CERMES into a fully functional insectary in July 2020 and provided equipment for it. PMI VectorLink is also in the process of importing mosquito eggs of Anopheles gambiae Kisumu, a susceptible strain from Liverpool, England, for rearing and testing, and will provide robust training to the designated insectary technicians. As the only internationally-recognized research institution within Niger’s Ministry of Public Health, CERMES will now be able to draw on scientific evidence on the bioefficacy of the insecticides used to support the National Malaria Control Program (NMCP) in vector control decision making.

According to Dr. Boube Hamani, Head of Entomology for the Vector Control Unit of Niger’s NMCP, the insecticide bioefficacy testing has been a huge challenge for years as the country has had to call on external expertise in the West African Region to carry out bioefficacy tests.

“The rehabilitated and equipped insectary will enable the country to support insecticide bioefficacy tests at the country level,” said Dr. Hamani.

He also noted that the PMI VectorLink Project has contributed to building capacity of the NMCP and CERMES technicians in entomological monitoring and data collection, both in the field and in the laboratory. He added that this increased capacity has enabled the NMCP to have good quality entomological data that will be used for vector control strategic decision making in efforts to eliminate malaria.

This year, PMI VectorLink will be rolling out the use of VectorLink Collect, the integrated database for entomological and IRS data. The goal is to establish a functional work flow for entomologic data within the field office teams, with the purpose of entering timely, high-quality data. In line with that, CERMES will be contracted to manage all data management responsibilities as well as providing monthly data interpretation instruction to support the NMCP entomology unit to understand the impact and implications of vector control tools and better plan their elimination strategy.