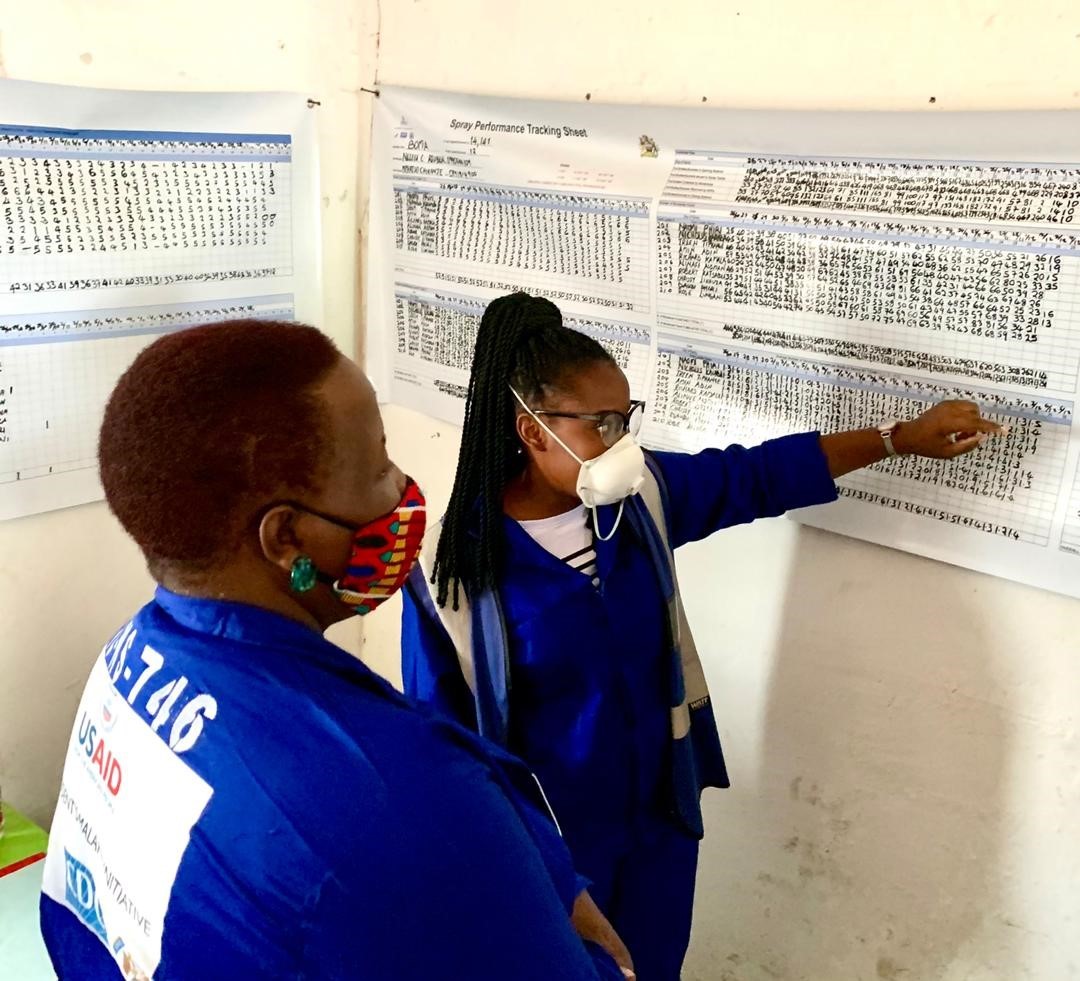 At 72 years old, Vwawa Village Chief Rachel Longwe walked more than 10 hours over two days to ensure her whole village knew the U.S. President’s Malaria Initiative’s VectorLink Project was coming to spray their homes with an insecticide that kills malaria-carrying mosquitoes. Having lost two children and one grandchild to malaria, Chief Vwawa is adamant that everyone accept indoor residual spraying (IRS) because of the impact it has on reducing malaria.

Vwawa Village is located in Malawi’s Nkhotakota District along the shores of Lake Malawi, Africa’s third largest lake. In this lakeside district, malaria profoundly affects communities. The economic hardships associated with malaria include loss of income for both the sick and the caregiver, transport expenses to clinics for those in hard-to-reach areas, and missed days of school for children.

In 2018, the U.S. President’s Malaria Initiative VectorLink Project began implementing IRS in the district to reduce the burden of malaria.

“The children in the village were suffering from malaria frequently, almost three times a year,” said Chief Vwawa. “Things have changed with IRS. Before the project began, a lot of people were going to hospital for malaria, particularly pregnant women. Now people are living happily, busy with their economic activities. Now I’m able to cultivate maize and a variety of crops.”

Support and participation from communities is vital for protecting the health of individuals and achieving IRS objectives. While PMI VectorLink has always engaged communities, the project scaled up its engagement efforts when the number of refusals increased during the last campaign and resulted in a drop in spray coverage from 94.9% in 2018 to 88.8% in 2019.

Nkhotakota Director of Health and Social Services (DHSS) Dr. Wezi Mumba said that communities began to believe myths around IRS, such as the idea that IRS brings bedbugs. IRS can cause existing bedbugs to crawl out of walls and surfaces as they try to avoid the insecticide.

“In remote districts, such as Nkhotakota, people’s education is a bit low. A lot of times, people don’t know how to protect themselves from getting sick. For instance, bedbugs often result from lack of hygiene. Communities need information and sensitization. Education is key,” said Dr. Mumba.

In 2020, the PMI VectorLink Project began working more closely with village chiefs as well as with Traditional Authorities (TAs), group village headmen, and community health action groups to ensure higher acceptance of IRS. The project also includes community-based mobilizers on the spray teams to help notify and prepare households for the arrival of the spray teams.

Working in collaboration with the National Malaria Control Program, PMI VectorLink crafts custom messages to increase the acceptance of IRS and ensure community members are prepared for spray and adhere to safety precautions after their home is sprayed. Through radio talk shows and community meetings, the project can answer community’s questions and concerns.

“We emphasized figures, such as deaths due to malaria before and after IRS,” said Dr. Mumba. “The numbers encourage people to accept IRS and gives communities encouragement. With IRS we’ve decreased the number of deaths by half since 2018. IRS is helping to keep people from getting sick and reducing the cost of expenditures for the hospitals. With the money saved, we can save more people.”

In addition to consulting with TAs during community mobilization, the project’s site managers and team supervisors check in with the village chiefs when entering and exiting the village for the spray campaign. The project also ensures spray operators are recruited locally to promote further trust and buy-in from the community while also bringing income opportunities to the community.

Support for this year’s IRS campaign came from all levels of government, including from Malawi’s Minister of Health, Honorable Khumbize Kandodo Chiponda, who visited the project site on the last day of spray in early December 2020. “The Government is very grateful to PMI VectorLink for the intervention,” she said. “This project will help reduce malaria cases, which are high in the district. We understand IRS is expensive but life has no price tag.”