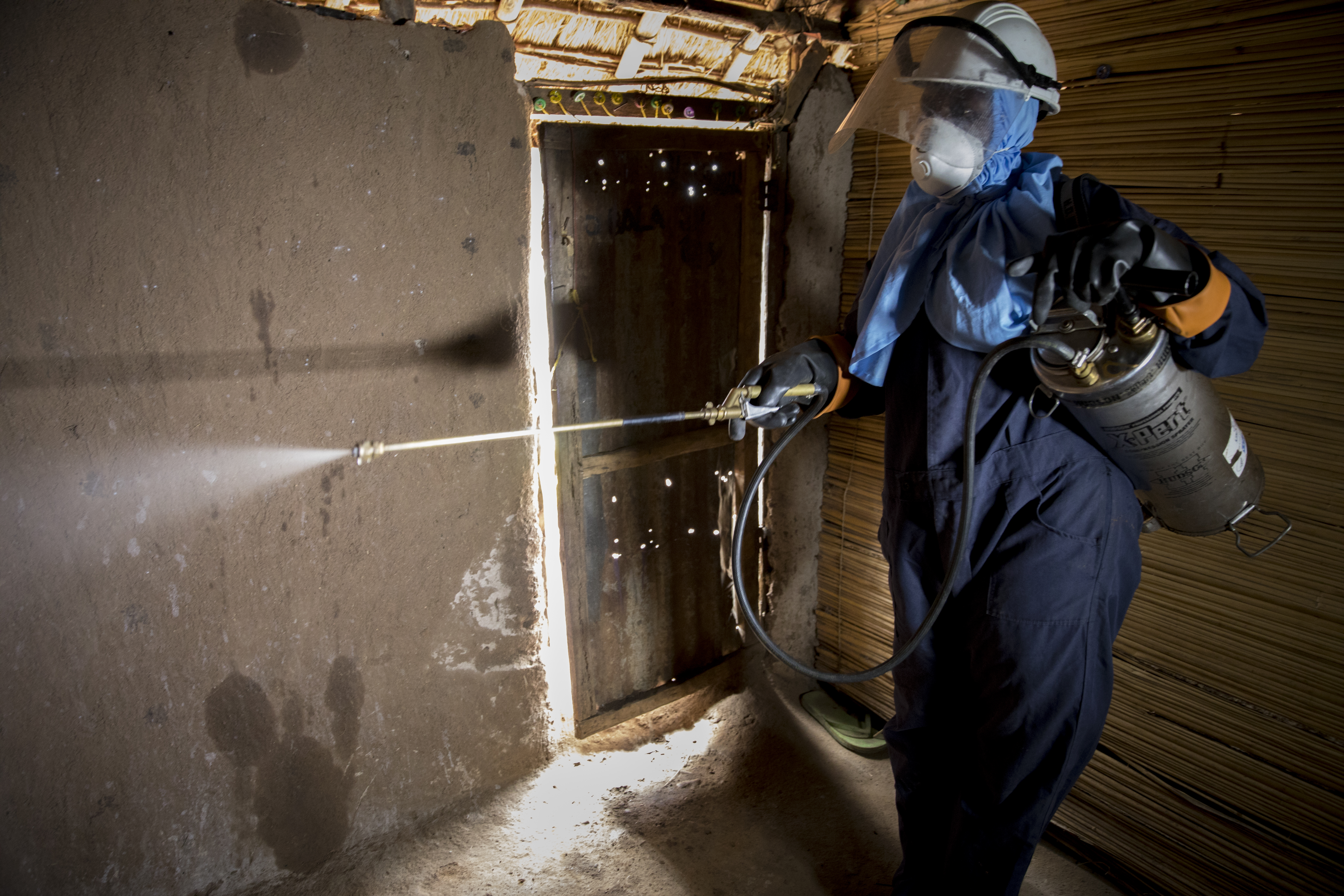 To eliminate malaria, national malaria programs and partners widely acknowledge that a “business as usual” approach is not enough, and innovative, adaptable approaches are increasingly needed. With a growing need for localized interventions that address a diverse range of malaria challenges faced across a country, the importance of high-quality and granular malaria surveillance data is more important than ever.

One challenge faced by national malaria programs is the increasing resistance to insecticides used in both indoor residual spraying (IRS) and insecticide-treated nets (ITNs). While these vector control interventions have proven to be highly effective strategies in reducing mosquito populations, and thus malaria cases, their efficacy is threatened by increasing insecticide resistance. Resistance varies by specific mosquito population and can also vary geographically within a single country. As a result, national programs need to monitor markers of resistance and adjust their vector control plans as necessary. To maximize their significant investments in IRS campaigns, countries now must make important decisions about which insecticides to use and where. Adding to the complexity, decisions for the IRS campaigns can also affect future decisions around insecticide choice for ITNs as well, particularly as more types of ITNs become available.

PMI VectorLink has taken on the challenge of supporting this decision-making in Zambia, where IRS campaigns have been implemented annually by the National Malaria Elimination Program (NMEP), PMI VectorLink, and other partners in nearly every district of the country since 2015. IRS in Zambia has been associated with a 12% drop in malaria cases nationally[1]. However, mosquito resistance continues to threaten this progress.

Over the past decade, malaria elimination partners in Zambia have worked hard to cultivate a culture of data use. Many partners have come together to address the issue of insecticide resistance in Zambia’s mosquito populations, including NMEP, the PMI VectorLink project (and its Africa-IRS predecessor project), MACEPA, Tropical Diseases Research Center, and Macha Trust. These five partners, led by the NMEP, collect extensive entomological data at various sites around the country and meet annually as the Insecticide Resistance Monitoring and Management Working Group’s Technical Advisory Committee to choose the insecticide for the next year’s IRS campaign. 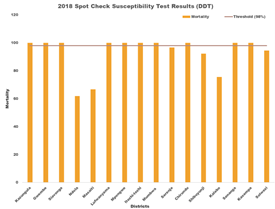 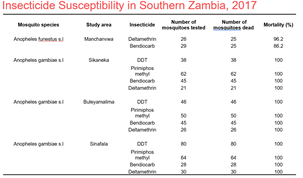 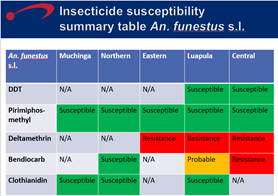 To address this challenge, prior to the 2020 insecticide choice meeting, PMI VectorLink collaborated with the key partners to compile the entomological data and produce a series of integrated visualizations, incorporating over 600 data points on vector composition and insecticide resistance from 2000-2019. This was the first time that these datasets had been combined and viewed at the same time, and together they painted a comprehensive picture of insecticide resistance and species predominance across the country.

To develop the dashboards, PMI VectorLink interviewed Zambia’s NMEP stakeholders to document the step-by-step process the NMEP and partners used to determine insecticide selection. This was presented during the IRMM TAC meeting and modified with stakeholder input. PMI VectorLink then documented the final decision-making guide and used it to inform the dashboard design (Figure 2). 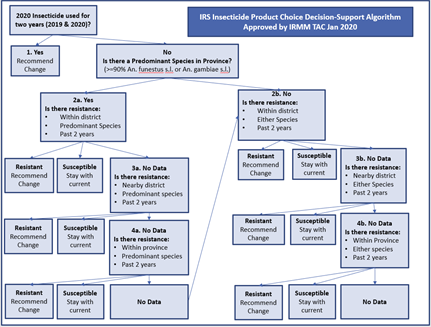 The end result? Simple, interactive dashboards showing which insecticides were effective in each district and which mosquitoes were showing signs of resistance by location, species, and insecticide (Figure 3). 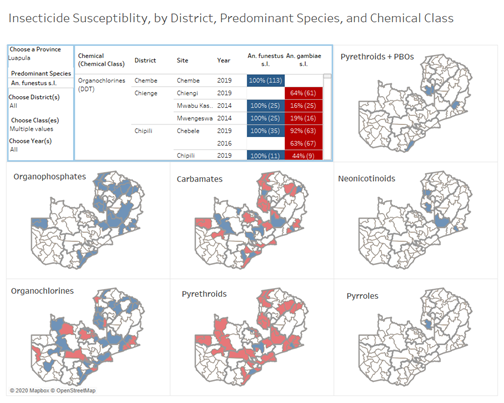 “The VectorLink data visualizations brought the resistance data together in a way we haven’t seen it before. It helped us make this important IRS decision.” – Dr. Emmanuel Kooma, Lead Vector Control Specialist, NMEP

PMI VectorLink continues to support improved use of evidence in decision-making through better use of existing data. Currently, the team is working with partners to standardize the vector control data reporting processes in Zambia. This will build upon these recent successes and strengthen the overall decision-making system for years to come as the country strives towards malaria elimination.

The value of this approach extends beyond Zambia’s borders, providing an example of the power of effective collaboration and leveraging of routine data in vector control programming, with the goal of improving impact at the local level.