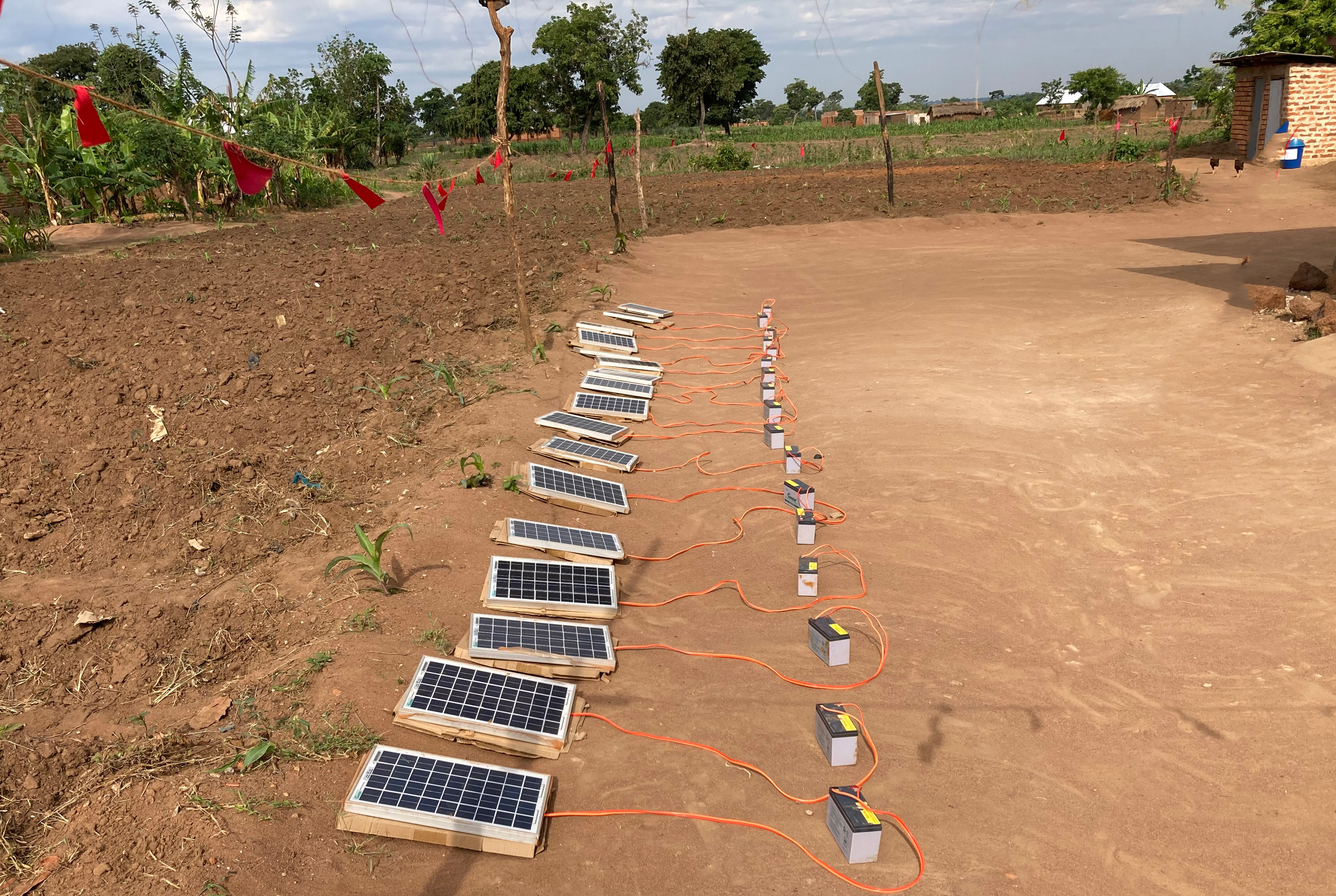 Malaria continues to be a serious health threat in much of Sub-Saharan Africa. With the impacts of climate change becoming more extreme, countries are increasingly concerned with how climate change will affect vectors, like malaria-transmitting mosquitoes. The U.S. Agency for International Development’s (USAID) Climate Strategy 2022-2030 supports actions that prevent, limit, or sequester six billion metric tons of carbon dioxide. Transitioning to solar power, a renewable energy source, helps achieve that target and enables malaria services to remain resilient against shocks like climate change.

A key malaria control intervention is indoor residual spraying (IRS). The U.S. President’s Malaria Initiative (PMI) VectorLink Project implements IRS in 13 countries, including Madagascar and Tanzania. In each country, IRS operational sites are established to support the teams going door-to-door to spray houses with insecticide. Historically, the electric grid and generators have provided the necessary electricity for powering cooling systems for insecticide storerooms and charging electronic devices for mobile data collection. However, solar power, a renewable energy source, can provide the required electricity, is more reliable, and is becoming more affordable.

Adapting to High Temperatures in Madagascar

“One of the major concerns in Madagascar is the impact of climate change like high temperatures and violent storms. These interfere with the storage conditions of the insecticides because either the storerooms are not electrified, or the power is cut for several days after the passage of storms,” said Environmental Compliance Officer Tahina Masihelison of PMI VectorLink Madagascar. 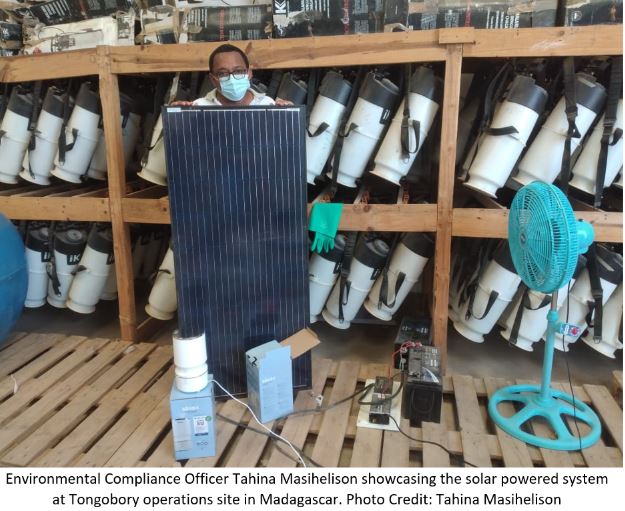 Generators, an alternative method to cooling storerooms, are widely available and easy to install. However, disadvantages include pollution from the fuel, recurring fuel costs, noise, and size/weight. Solar panels on the other hand are a renewable energy source, and they are quiet and light. In Madagascar, a 500-watt installation with a humidifier costs around $430, which is less expensive than the approximately $738 to run the generator up to eight hours a day for 30 days.

In 2021, PMI VectorLink Tanzania transitioned to full mobile data collection to support IRS activities and scaled-up the use of solar panels for charging devices, which was previously piloted during the 2020 campaign. PMI VectorLink Tanzania’s spray operators used solar panels to charge mobile devices to collect information during the spray campaign. Key information collected included structures visited and key populations protected to inform IRS campaign monitoring and track spray coverage. Mobile data collection increases efficiency by enabling same day processing of data but requires a reliable source of electricity to keep mobile devices charged each day. In the past, the project used rented generators and purchased fuel, power stabilizers, and extension cables. They also used electricity at sites where it was available. However, electricity can often be unreliable due to maintenance issues and frequent power cuts. 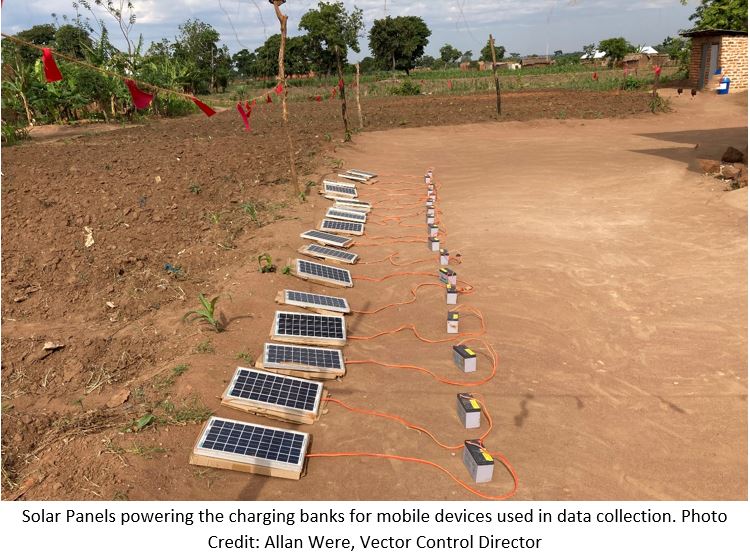 Transitioning to solar power provided the team with reliable electricity, especially in hard-to-reach areas, and reduced costs. Since the project owns the solar panels and charging banks, they can be used for a prolonged period and the portability of the solar chargers allows for a smooth reallocation of the panels across IRS operational sites. While electricity costs less in the short-term, approximately $4,152 per campaign, it is limited in rural settings where generators were previously used to provide the necessary electricity. However, solar power is more cost effective than generators—approximately $12,266 initially compared to $33,959 per campaign. Currently, the Tanzania team has 532 solar panels and enough phone chargers for the 1,325 active devices.

“The rollout of solar charging systems enhanced the quick availability of data that helped timely decision-making and adjusted field supervision priorities among operations sites. Spray Operators were able to operate with charged phones every day, establishing a stable synchronization process at the end of the spray day,” stated Monitoring and Evaluation Officer Ditrick Novat of PMI VectorLink Tanzania.

Solar-powered systems provide a renewable, reliable, and cost-effective way to meet electricity needs. In Madagascar, the solar installation supports electrification of the central store during the rest of the year, and trained storekeepers are responsible for maintenance until the next IRS campaign. In Tanzania, the panels are available to the NMCP if they are requested. Scaling up these systems can help significantly with a spray campaign’s electricity needs, enabling malaria services to remain resilient.