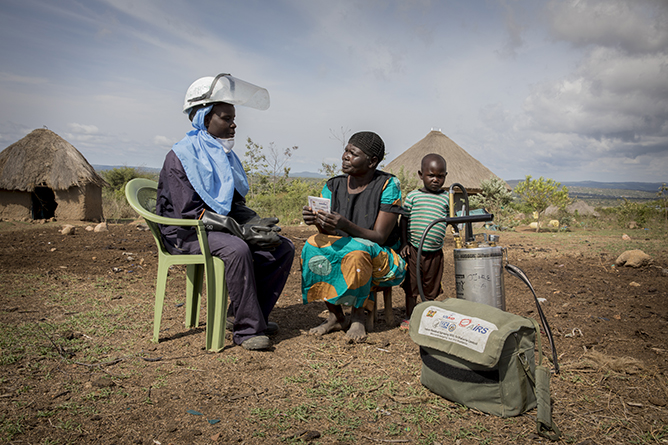 In 2020, malaria killed an estimated 627,000 people around the world, an increase of 12 percent over the prior year, with many of the additional deaths due to service disruptions during the COVID-19 pandemic. Millions more fell sick from the disease, with young children and pregnant women among the most vulnerable. Prior to the pandemic’s onset, there had been major reductions in morbidity and mortality from malaria over the previous decade, gains primarily due to investments in vector control interventions by the U.S. President’s Malaria Initiative (PMI), the Global Fund, and country governments.

Since 2006, PMI has protected millions of people in Africa from malaria through the deployment of insecticide-treated bed nets (ITNs) and indoor residual spraying (IRS); which kills the mosquitoes that transmit malaria by spraying insecticide on the walls, ceilings, and other indoor resting places of those mosquitoes. In September 2017, the United States continued its commitment to tackling this deadly disease, launching the five-year PMI VectorLink Project.

Actively working across 23 countries in sub-Saharan Africa as well as Cambodia and Colombia, the PMI VectorLink Project is equipping countries to plan and implement safe, cost-effective, and sustainable IRS, ITN, and other life-saving malaria vector control interventions with the overall goal of reducing the burden of malaria.

Specifically, the PMI VectorLink Project is strengthening the capacity of country governments to use epidemiological, entomological, and coverage data to support the optimal deployment of vector control tools within each country context while promoting gender equity in all facets of planning and implementation. The project’s data and experience with new and existing vector control tools is informing global malaria best practices, guidelines and policies. The project will also implement and support social behavior change communication and mobilization activities to increase acceptance of vector control interventions.

Made with Visme Infographic Maker