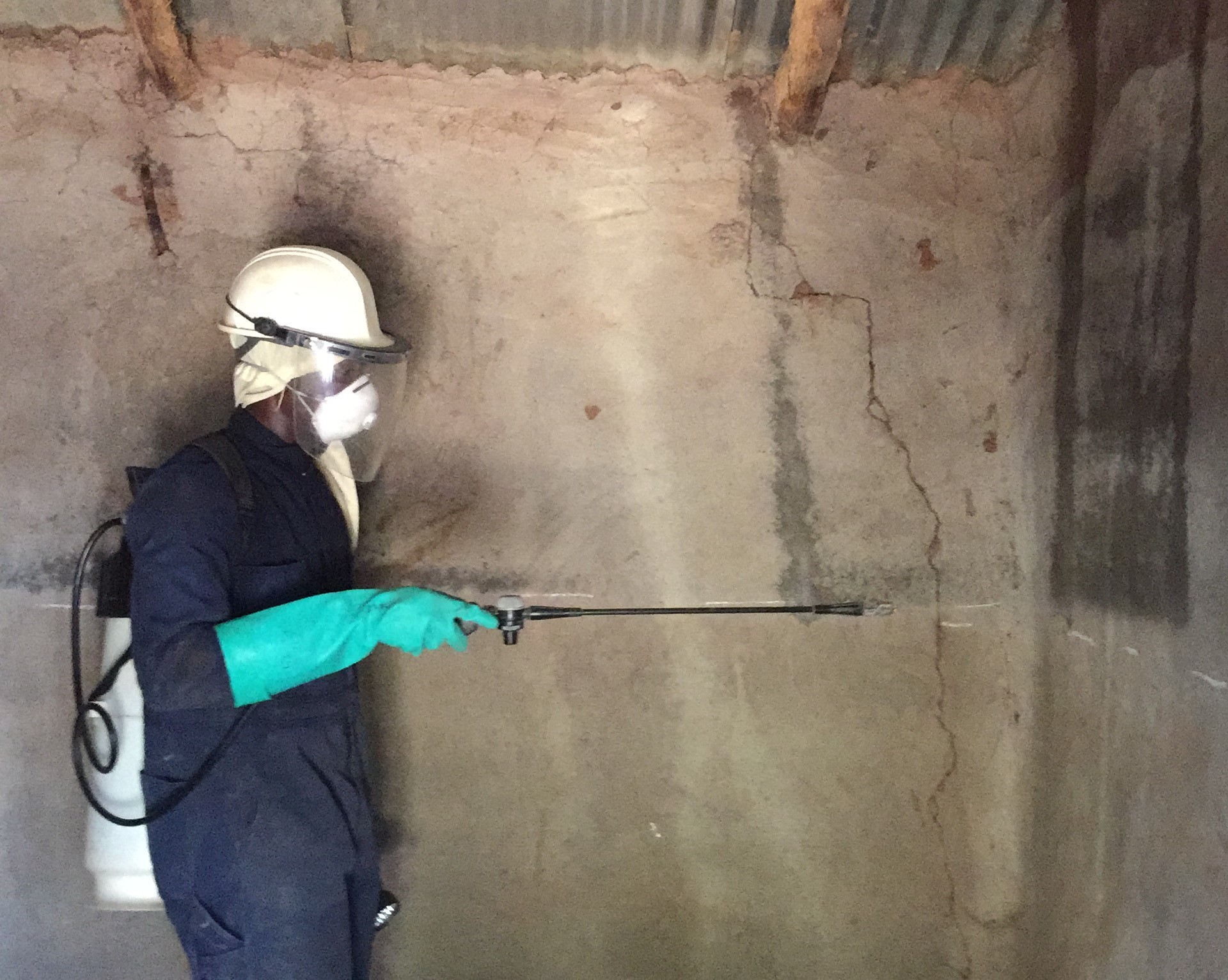 New findings from the U.S. President’s Malaria Initiative (PMI) VectorLink Project published in Scientific Reports today show the potential for reducing costs of indoor residual spraying while retaining efficacy in killing the mosquito species known to spread malaria. Over the past two decades, massive reductions in deaths and illnesses from malaria have come from IRS, which uses insecticides to kill the mosquitoes that carry the malaria parasite. Increasingly, those gains are threatened as widespread resistance to commonly used pyrethroid insecticides calls for the use of new and costly insecticides for IRS. Faced with increasing operational costs, the PMI VectorLink Project led a study in Ghana in collaboration with Noguchi Memorial Institute for Medical Research and Imperial College London to find innovative ways to effectively combat malaria with the reduced use of insecticide. In a village-wide trial in northern Ghana using experimental huts and houses, the team evaluated the efficacy of reducing the area of wall sprayed with the insecticide pirimiphos-methyl against Anopheles gambiae s.l., the primary vector that spreads the disease.

The transmission model “predicts that the efficacy of partial IRS against all-age prevalence of malaria after six months would be broadly equivalent to a full IRS campaign in which 40% reduction is expected relative to no spray campaign. At scale, partial IRS in northern Ghana would have resulted in a 33% cost savings ($496,426) that would enable spraying of 36,000 additional rooms. These findings suggest that partial IRS is an effective, feasible, and cost saving approach to IRS that could be adopted to sustain and expand implementation of this key malaria control intervention.”

PMI VectorLink Senior Technical Advisor Aklilu Seyoum said, “This very important study strongly indicated that partial IRS could be a good alternative to the current practice of full IRS. This has the potential to increase the population protected by IRS and save more lives in malaria-endemic countries. A more rigorous randomized control trial is now being planned by the PMI VectorLink Project before large-scale application of this important approach can be used in the control programs.”