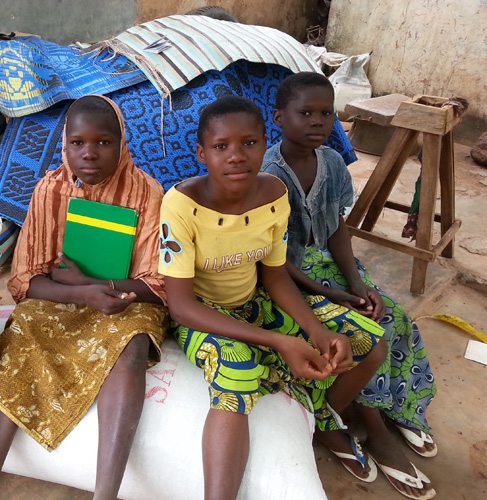 *The PMI VectorLink Benin Project closed out on December 31, 2021.

The entire population of Benin is at risk for malaria and it is the leading cause of death among children under five. With support from PMI and other partners, rapid diagnostic tests, artemisinin-based combination therapies, and intermittent preventive treatment during pregnancy (IPTp) are now available and being used in public health facilities nationwide and millions of insecticide-treated nets have been distributed. Several key malaria indicators have improved and the country’s long-term vision is to reduce the burden of malaria so that it is no longer a roadblock to development.

From 2018 to 2021, the PMI VectorLink Benin project worked with the Ministry of Health (MOH), National Malaria Control Program (NMCP), Entomological Research Center of Cotonou (CREC), Benin’s Departmental Directorate of the Living Environment and Sustainable Development (DDCVDD), Benin’s Department of Agriculture (DAGRI) and the Departmental Directorate of Health (DDS) to spray  1,366,790 targeted structures in three districts of Donga department (Copargo, Djougou and Ouaké),  three districts in Alibori department (Gogounou, Kandi and Segbana) and three districts in Atacora (Kerou, Pehunco and Kouande). A total of 4,431,104 people, including 194,474 pregnant women and 819,342 children under five years old were protected against malaria during spray operations.

The project’s primary objective is to achieve a minimum coverage (number of structures sprayed over the number of structures found) of 85 percent of all targeted structures in each district by implementing high-quality IRS operations. The spray coverage from 2018 to 2021 in Benin ranged from 86.5% to 93.5%.

The project  used three types of insecticide, including Sumishield®50WG, Actellic®300 CS and Fludora® Fusion  throughout its implementation period in Benin.

In addition to spraying, the project carried out the following activities: