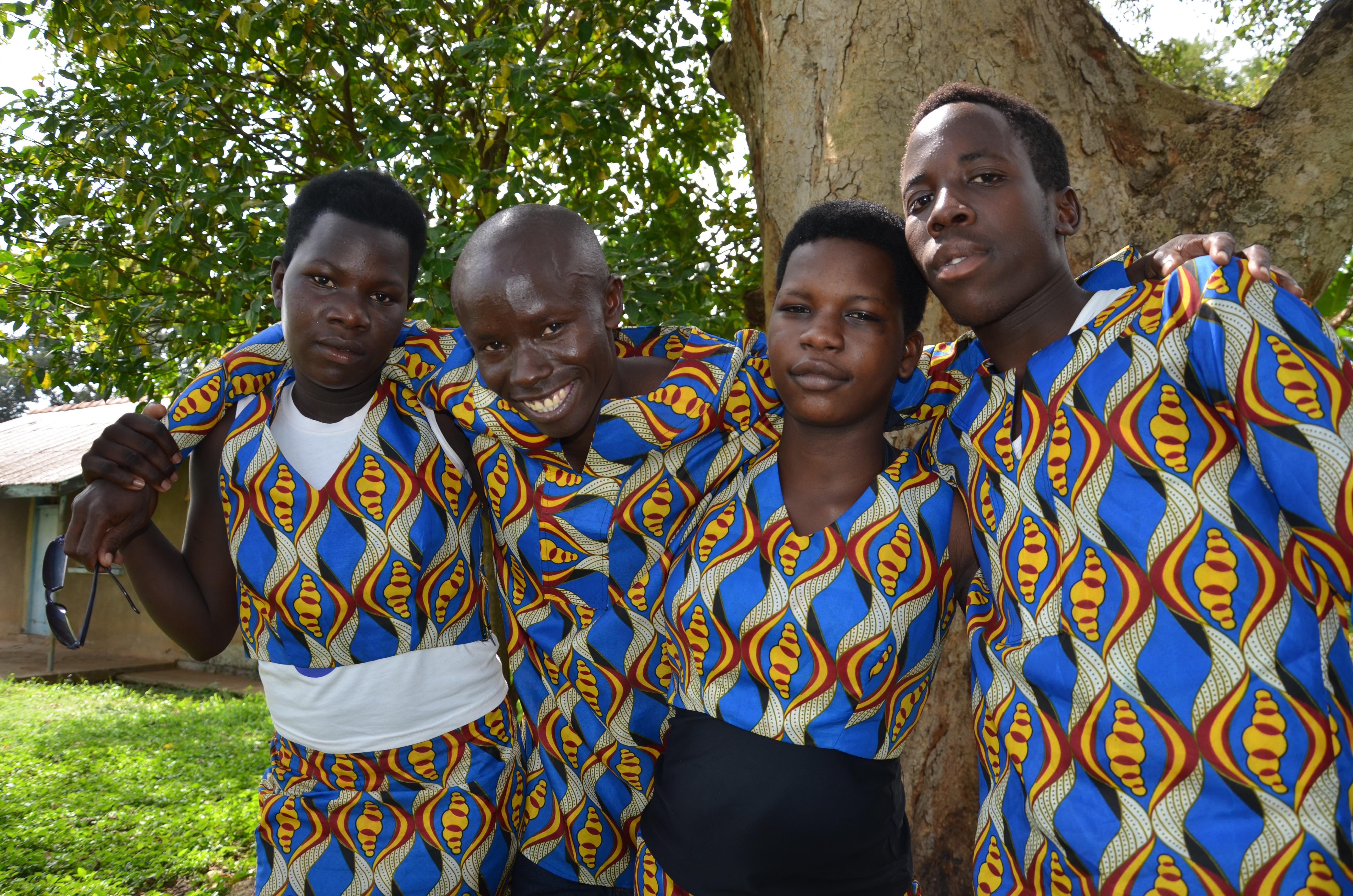 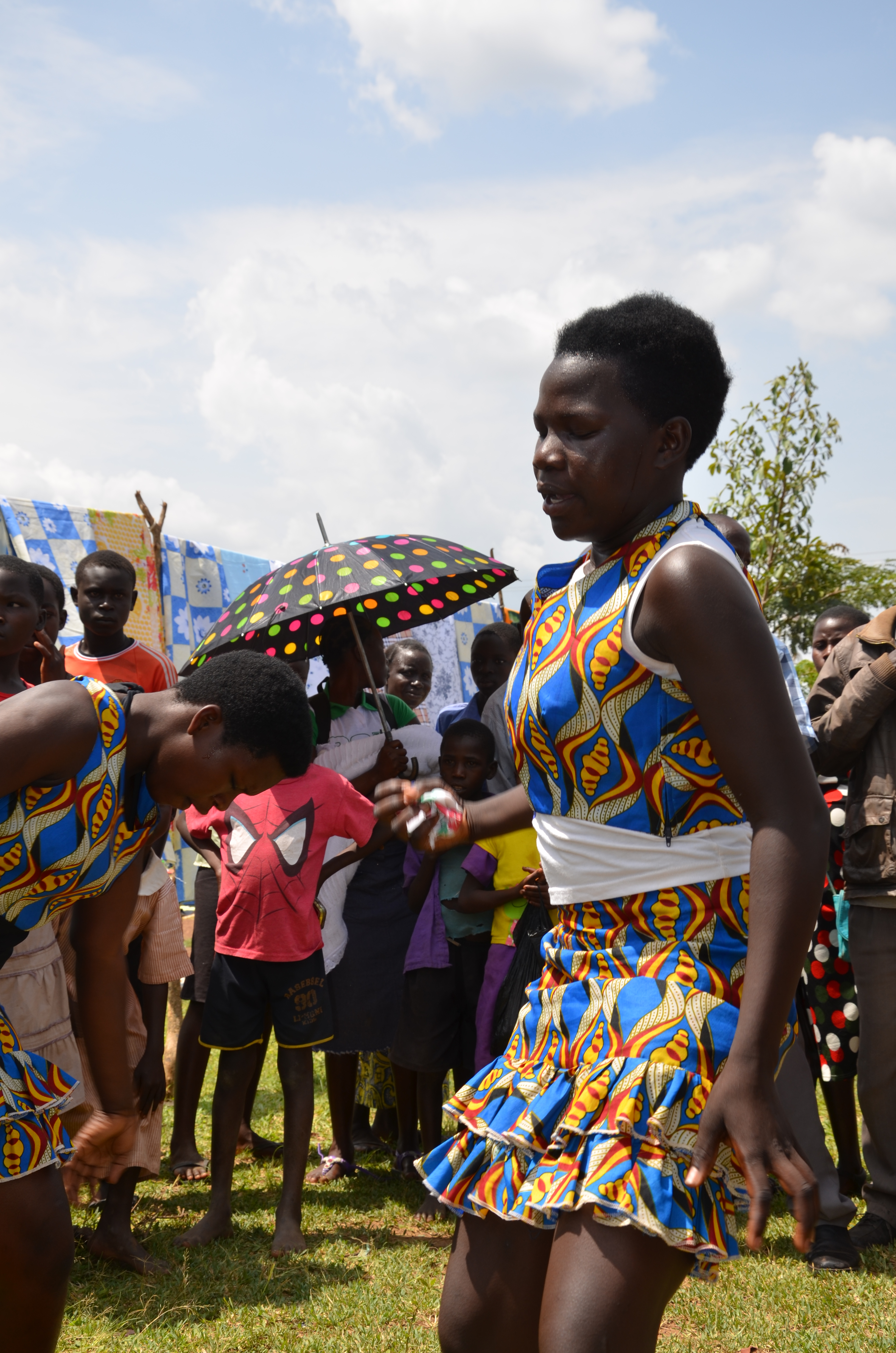 In Northern Uganda’s Amolatar District, four young adults are dancing and singing to change the way their community views indoor residual spraying (IRS) and, in turn, improving the overall health of their communities.

Anthony Okello, 26 years old, joined the PMI-funded Uganda IRS Project in 2014 as a storekeeper. As a father of two and a village health team member, Okello understood the impact IRS had on malaria transmission. “I was responsible for sending in blood samples for malaria detection,” he said. “Before IRS, seven out ten cases would be detected as malaria. After IRS, there were only about two or three.” Okello also noted that his children rarely get sick now as they did before spraying was introduced to his home.

Despite the benefits of IRS, Okello noticed that many people in his community had refused to allow their homes to be sprayed. In 2015, a year after working with the project, he decided to write a song about IRS to encourage his community to embrace IRS. “Some community members did not understand the importance of IRS. I thought, if I write this song, they can pick up messages from it.”

A former choir member and church leader, Okello had always dreamed of becoming a singer but could never afford to produce music. With the income he earned from his job as an IRS storekeeper, Okello spent 700,000 shillings of his own money to produce the song. He then asked his fellow spray operators to join him in spreading the message at local markets. Okello distributed the song to all 27 storekeepers in Amolatar District. The song is being played at trading centers in the evenings and on market days to help educate the community about malaria and IRS. In addition to IRS messages, the song also includes other malaria prevention and treatment measures, including sleeping under an insecticide-treated net and health care visits for antenatal care for pregnant women and those experiencing fevers and other malaria symptoms. Okello said that in 2015, 20-30 houses were not sprayed. In 2017, that number has dropped to two. High IRS coverage is essential to ensuring efficacy. The U.S. President’s Malaria Initiative has set a target of 85% IRS coverage in communities to kill the mosquitoes that transmit malaria and ensure protection for the community. “The music helped us a lot to mobilize people for the spray activities,” he said. “Many people had listened to the music and learned how important IRS is in controlling malaria.”

“IRS has made me famous in the community. It’s made me a musician,” Okello said. “Before people didn’t think I could advise others like youth and now they always visit me and ask my advice and ask me questions.”

The income also has helped Okello support his family. “I’m an orphan, and many of the elders in my family have died. I was able to take in my niece who is an orphan and pay for her school. My plan is to become a great musician so I can protect my family. And if that doesn’t work out, I’ll keep chickens.”

Annet Amuge, 17, joined the music group not long after becoming a spray operator for the project. “Things are very difficult at home,” she said. “When my father left the family two years ago, he took my baby brother to another district where there is not IRS. My brother got cerebral malaria and now has brain damage. He still suffers from what happened to him. My father didn’t want my brother anymore so now my mother and I take care of him. With my income, I’ve been able to buy a goat and I’m able to help my mom care for my brother. IRS not only helps us to be healthy, but it provides me an income and gave me the courage to dance.”

Twenty-four-year-old Charles Olupot, a spray operator and a member of the music group, said, “When I heard about the IRS program, I wanted to work to get well. I used to feel sick so much from malaria before IRS. Now my family doesn’t fall ill from it.” Before working as a spray operator, Olupot was unemployed. “I used to wear torn clothes and slippers. After two spray rounds, I was able to buy closed-toe shoes for the first time in my life. I have money and I’m enjoying it.”

The job not only provides the youth with much needed income but also with the work experience they need to pursue alternative income-generating opportunities.

“I’ve bought two dairy cows,” said Olupot. “All the members of my family are proud of me. I also want to be a musician. Before IRS, I could not even dance in front of people. Now it’s what I love. We mobilize in the market because we want our community to be healthy. They hear the music and they come, and then we tell them about IRS after we sing and dance.”

Continuing on the success of the PMI Uganda IRS Project, the PMI VectorLink Project will begin spraying in Uganda in April 2018.