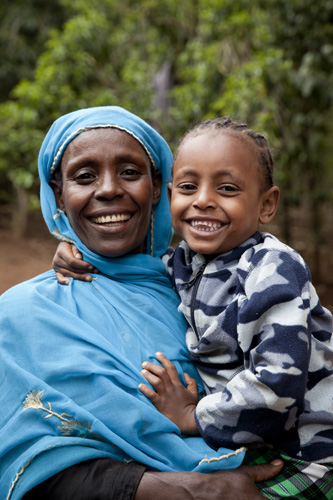 Though malaria prevalence in Ethiopia is relatively low compared to other African nations, nearly 70 percent of the population lives in areas at risk of malaria. Prompt access to quality malaria case management, including laboratory-based diagnosis in remote rural areas, has improved dramatically over the last decade as have surveillance systems that capture malaria cases and deaths.

The U.S. President’s Malaria Initiative (PMI) has supported Ethiopia’s Federal Ministry of Health (FMOH) in conducting Indoor Residual Spraying (IRS) in the country since 2008. From 2011 through 2017, this support came through the PMI Africa Indoor Residual Spraying (AIRS) project. In September 2017, Abt Associates was awarded a five-year contract, PMI VectorLink (VL) project, to support malaria vector control activities, including the implementation of IRS in 25 countries, including Ethiopia. More specifically, the PMI VL project supports the PMI in planning and implementing IRS programs and other proven life-saving malaria vector control interventions, with the overall goal of reducing the burden of malaria in Africa.

Under AIRS, Ethiopia successfully implemented six IRS campaigns. In each of these spray campaigns, 36 districts in Oromia Region were targeted for spraying between 2012 and 2017. In 2017, the Project conducted IRS in an additional eight districts in Benishangul-Gumuz Region in the northwest of the country and targeted a total of 44 districts in both regions.

Table 1 provides an overview of the number of structures sprayed and population protected over the last four spray rounds.

* The number of structures found by SOPs was low due to overestimation of the target number of eligible structures (estimated based on government data) and security concerns in some districts.

The PMI VectorLink Project is working with the FMOH, the Benishangul-Gumuz, Gambela, and Oromia regional health bureaus (RHBs), and the district health offices (DHOs) to spray 545,496 targeted structures in 20 districts in Benishangul-Gumuz, 14 districts in Gambela, and 10 districts in Oromia. The districts were selected by the FMOH and PMI based on current malaria morbidity data. The project’s primary objective is to reach a minimum coverage of 85 percent of the structures found in each district by implementing high-quality IRS operations.