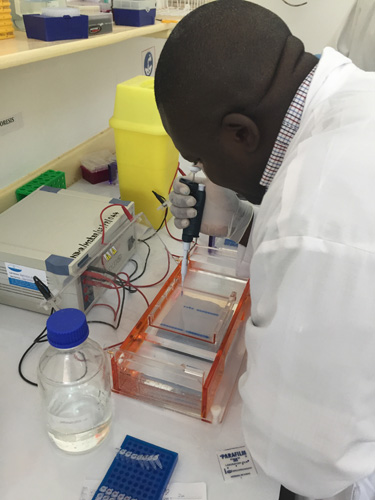 The Democratic Republic of the Congo

Malaria remains a serious public health problem in the Democratic Republic of the Congo (DRC) despite sustained malaria control strategies. Given that nearly all of the DRC population lives in high transmission zones, it has been estimated that the DRC accounts for 12% of all cases of malaria in sub-Saharan Africa (WHO, 2021).

Due to a lack of data on insecticide susceptibility and vector bionomics in the country, PMI expanded its entomological support in 2014/15 under AIRS from four sentinel sites to seven sites. Insecticide susceptibility testing was extended further to 11 sites in 11 provinces in 2016/17 and under VectorLink in Year 1 (2018) the scope of testing was expanded to include pyrethroid resistance intensity assays. In Year 2 (2019) INRB conducted insecticide resistance monitoring activities in 10 sites (two sites in each of five provinces), while in year three susceptibility monitoring was conducted in 13 sites (one site per province) and 12 sites in year four. Sites were chosen strategically to ensure data was collected to inform ITN procurement for upcoming mass distribution campaigns.

In year five (October 2021 – September 2022), the PMI VectorLink DRC project will work with the NMCP, INRB, the Kinshasa School of Public Health (PHSK), University of Kinshasa and other local stakeholders to conduct entomological monitoring. Key objectives are listed below.