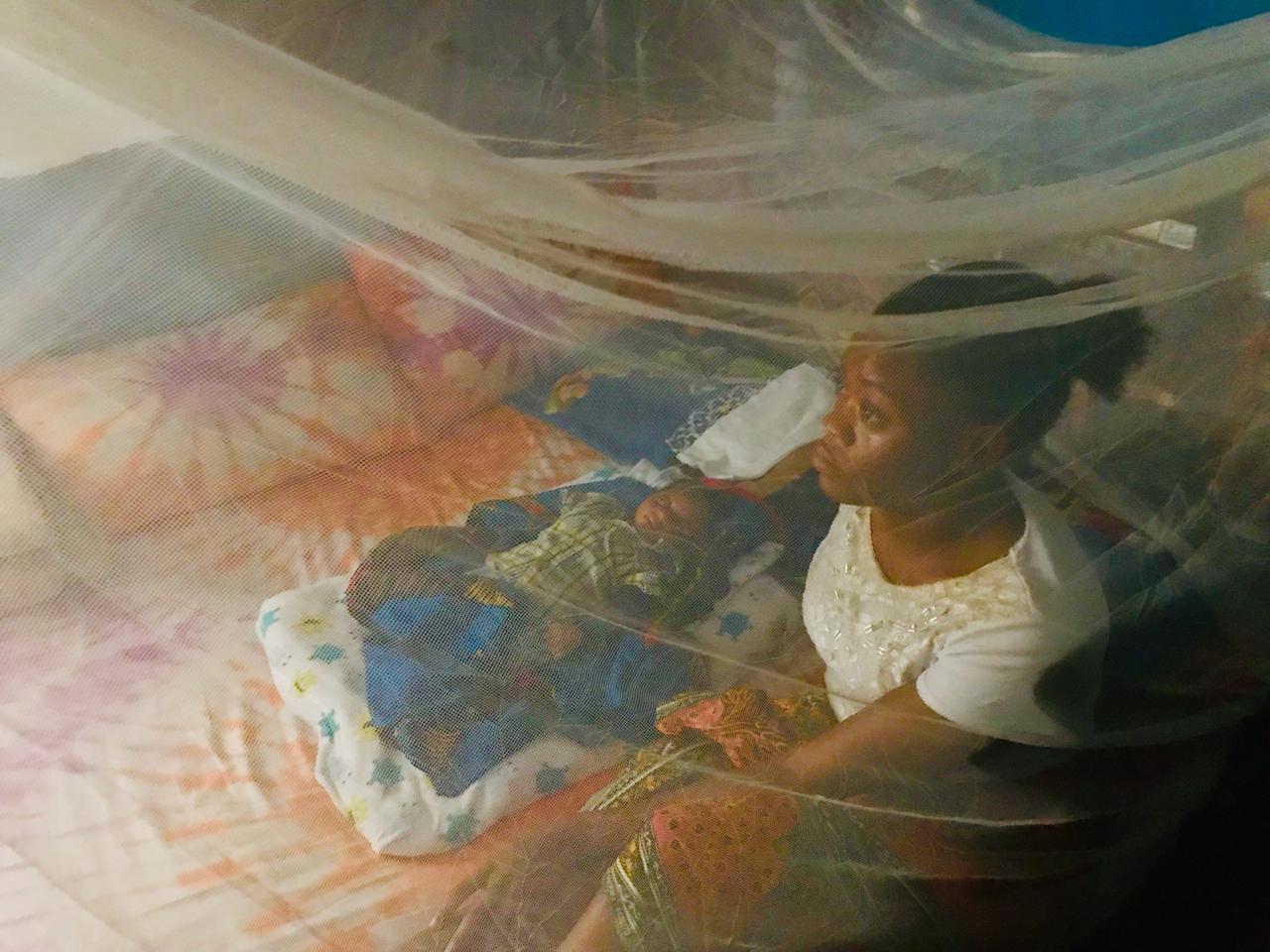 Insecticide-treated bednets (ITNs) are distributed to children between 12 and 59 months of age upon successful completion of PENTA3 immunization, and to pregnant women during the first contact for antenatal care. The first mass distribution of ITNs took place in 2006 in Bo and Pujehun districts. The same year, a countrywide mass ITN distribution for children under 1 year of age occurred alongside a measles vaccine campaign. Mass distribution of ITNs was subsequently conducted in 2010, 2014, and 2017. These mass campaigns, together with other distribution channels, helped increase the ownership of ITNs from 37% in 2008 (SLDHS, 2008) to 60% in 2016 (SLMIS, 2016). In 2019, 67.9% of the households owned at least one ITN in Sierra Leone (DHS, 2019). The insecticide resistance monitoring conducted in 2018-2019 indicated strong resistance of the main malaria vector Anopheles gambiae in Sierra Leone to pyrethroids.

After pre-exposure to PBO, the mortality rate observed for both deltamethrin and permethrin increased in the four sentinel districts but was below the 90% cut-off point for confirmed resistance, indicating that a monooxygenase-based resistance mechanism is partially involved, but is not fully responsible for the pyrethroid resistance observed. Based on this finding, the NMCP implemented a countrywide Permethrin and Deltamethrin PBO ITN mass campaign in May and June 2020.

In 2019, VectorLink Sierra Leone supported the NMCP in the maintenance and management of the insectary established in Makeni (Bombali District) which was established in 2018. VectorLink continued to maintain the susceptible Kisumu strain of An. gambiae. VectorLink also supported the monitoring of vector bionomics, providing information on vector density, distribution, and behaviors. The susceptibility of An. gambiae s.l. to the insecticides used in public health was assessed, and these data guided the development of the Insecticide Resistance Monitoring and Management Plan (IRMMP), the Integrated Vector Management Policy (IVMP), and Strategic plans. The information also helped the NMCP select the appropriate ITNs for distribution during the 2020 mass campaign. In 2020, the project will continue to provide technical and financial assistance to the NMCP to conduct malaria vector bionomics monitoring in 15 sentinel sites in five districts and insecticide resistance of An. gambiae s.l. (see Table 1 in Section 3.1). In 2020, VectorLink will continue to support the NMCP in holding quarterly meetings of the VCTWG and semi-annual meetings of the IVM National Steering Committee to review entomological data for decision making on vector control interventions for malaria and other vector-borne diseases

The information collected on vector density, seasonal distribution, behavior, and infectivity will be used to determine the optimal time to do IRS and it will serve as baseline data for assessing IRS impact. In addition, VectorLink will support ITN durability monitoring after the 2020 ITN mass campaign and will start the baseline data collection for the assessment of the impact of the co-deployment of PBO nets and IRS  in Sierra-Leone.

In 2021, under the PMI VectorLink Sierra Leone project, IRS was conducted in two districts, targeting 147,992 structures using a neonicotinoid insecticide (SumiShield TM 50 WG) from May 8, 2021 to June 9, 2021. A total of 150,895 structures were sprayed out of 160,919 structures found by spray operators in the targeted districts, accounting for a coverage rate of 93.8%.

In year five (January 2022 – December 2022), the project, after consultation with PMI and NMCP, will carry out the following activities:

PMI VectorLink Sierra Leone project will work with stakeholders including NMCP, regions and districts, to spray 160,919 targeted structures in two districts using Sumishield TM 50WG. The project’s primary objective is to reach a minimum coverage of 85 percent of the structures found in each district by implementing high-quality IRS operations.