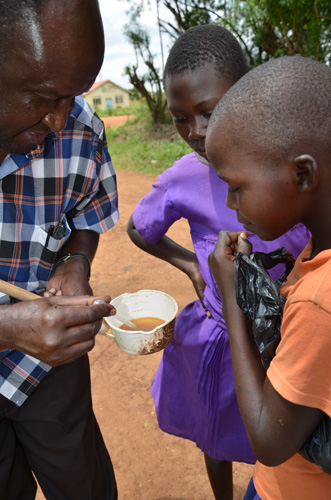 PMI supported IRS through AIRS in Liberia from 2009 to 2013, but due to widespread pyrethroid resistance and increased costs of new insecticides, the decision was made to suspend support for indoor residual spraying (IRS) in Liberia. Since that time, PMI has increased support for entomological surveillance, including vector bionomics and insecticide resistance monitoring, and concentrated on improving universal insecticide-treated net (ITN) coverage.

In Liberia, the PMI VectorLink Project works closely with the Ministry of Health (MOH), National Malaria Control Program (NMCP), and health research institutions for vector monitoring and insecticide resistance surveillance. From 2015 to present, relevant data was collected in different counties in Liberia which were used to guide decision-making on malaria preventive interventions. In 2019, Liberia Ministry of Health approved the use of registered Interceptor® G2 (IG2) nets for the mass net distribution in 2021. The decision was made based on the field data collected by PMI VectorLink and NMCP on malaria mosquito resistance status to pyrethroids and susceptibility to chlorfenapyr in various counties. In June – August 2021, the IG2 net was distributed throughout Liberia during a mass campaign despite logistic and road conditions challenges.

In year five (October 2021 – September 2022), PMI VectorLink Liberia, in collaboration with NMCP/MOH, Liberian Institute of Biomedical Research (LIBR), University of Liberia (UL), as well as county and district staff, implemented routine monthly vector bionomics monitoring, and insecticide resistance surveillance in Liberia. The project’s primary objective was to generate data on malaria vector bionomics and insecticide resistance that can be used by the NMCP to make evidence-based strategies on malaria vector control interventions in Liberia.