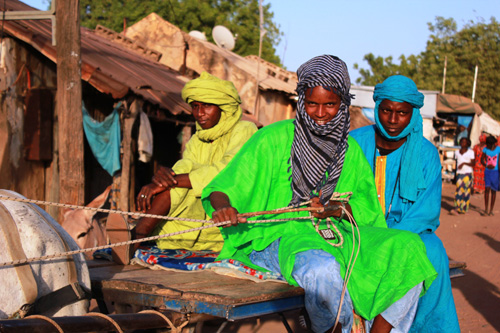 Malaria is endemic throughout Senegal and the entire population is at risk. Transmission occurs seasonally and is affected by rainfall and persistent flooding, especially in peri-urban areas. While the number of reported malaria cases has dropped in recent years, malaria is still a major cause of morbidity and mortality and a high priority for the government. Senegal has made significant progress against malaria and remains a leader in piloting and scaling up new recommendations and strategies to increase the reach and effectiveness of interventions.

In 2020, the PMI VectorLink project in Senegal resumed IRS activities in four health districts located in three regions, namely Koungheul (Kaffrine region), Koumpentoum and Makacolibatang (Tambacounda region) and Kedougou district (Kedougou region). In total, 136,417 structures were sprayed out of 137,932 structures found for a coverage level of 98.9%

Although the overall spray progress in the four IRS districts was high at 101%, it was low in Kedougou (34%). VectorLink conducted an enumeration to improve coverage for 2021.

In 2021, PMI VectorLink continued spray activities in the same four districts. In total, 141,717 structures were sprayed out of 145,870 structures found, for a coverage level of 97.2 percent in 2021. In 2022, the project will continue spraying in the same four health districts; however, four health posts sprayed in previous years – Kedougou, Dalaba, Fadiga, and Sylla Counda – will not be sprayed in 2022 due to multiple challenges such as high refusal rates in these semi-urban areas in the last two years that resulted in low spray coverage (58.4% structures sprayed in Kedougou district in 2021).

In year five (January 2022 – December 2022), the goal of PMI VectorLink is to increase access to integrated malaria vector control interventions in Senegal.

The three specific objectives are:

PMI VectorLink will achieve these objectives through the following strategies:

These objectives will be achieved by implementing the following activities: