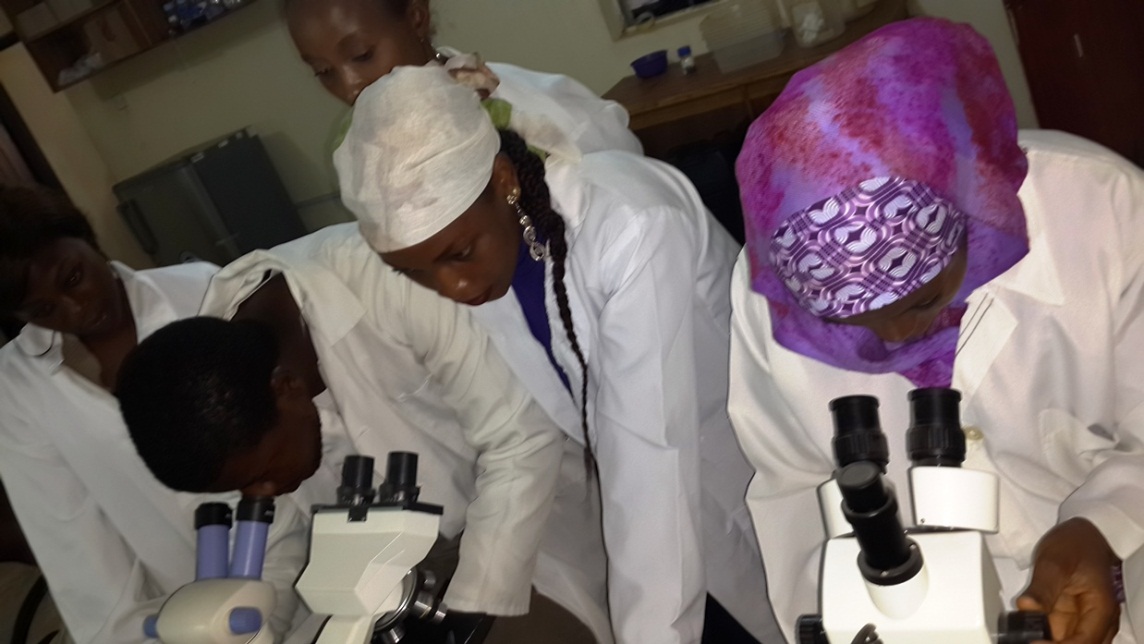 With a population of about 182 million, Nigeria is the most populous country in Africa. Malaria is transmitted throughout Nigeria, with the entire population at risk. According to the 2017 World Malaria Report, fifteen countries accounted for 80% of all malaria cases globally and Nigeria accounts for the highest proportion of cases globally (27%). In 2016 in sub-Saharan Africa, 54% of the population at risk slept under an ITN, increasing from 30% in 2010. Household ownership of at least one ITN was high (80%) in 2016 rising from 50% in 2010 (WMR, 2017). The Nigeria Malaria Indicator Survey (MIS)(2015)  reported that 71 percent of households in Nigeria possess at least one mosquito net (treated or untreated), 69 percent possess at least one insecticide-treated net (ITN) and 69 percent possess at least one insecticide-treated net (ITN).

As Nigeria continues to scale up mass distribution of ITNs, it becomes increasingly important to develop resistance management strategies/national entomological monitoring plans, and for the National Malaria Elimination Program (NMEP) to develop vector control strategies that articulate how and where ITNs and possibly Indoor Residual Spraying (IRS) will be used to provide the highest quality as well as greatest programmatic impact to mitigate the threat of insecticide resistance. In recognition of this threat, the NMEP, in conjunction with key malaria partners and stakeholders, initiated the development of an Insecticide Resistance Management (IRM) plan for Nigeria in 2017. The overall objective of the IRM plan is to provide guidance for effective monitoring and management of vector resistance, as well as the quality of vector control interventions in the country.

The PMI VectorLink Project plays an integral role in this partnership, conducting insecticide resistance testing. PMI VectorLink regularly monitors the resistance/susceptibility of anopheline mosquitoes, the vector that can transmit malaria, to all the four classes of IRS insecticides in six sentinel sites located in the six geopolitical zones of the country. The project also studies the mosquito vector species’ distribution, density, and bionomics.

The PMI VectorLink Project builds on the work of the PMI Africa Indoor Residual Spraying Project, which began in 2012 and conducted annual resistance tests at sentinel sites located in the different ecozones of the country. The project piloted and standardized the use of the CDC bottle bioassay and the WHO tube tests for insecticide resistance testing in the country. Data from these tests helped to shape Nigeria’s national IRM plan. The project’s information on the nature and distribution of resistance of these mosquitoes to insecticides has helped to drive effective, evidence-based decision-making for vector control programming.

The PMI VectorLink Project continues to work with the NMEP to guide and provide updates on future IRM planning. The IRM plan is a dynamic guideline that will be reviewed and updated regularly as more local data on mosquito susceptibility to insecticides becomes available. This will go a long way to support the country in monitoring the development of insecticide resistance in mosquito populations especially in areas where vector control interventions are currently being scaled up.

In Year 3, PMI VectorLink will conduct longitudinal monitoring of vector bionomics in five sites (Akwa Ibom, Ebonyi, Oyo, Plateau, and Sokoto) and will monitor insecticide resistance in 11 total sites—the five aforementioned sites plus an additional six sites (Bauchi, Benue, Cross River, Kebbi, Nasarawa, and Zamfara). The project will also provide capacity-building support to the national and district governments to plan and implement quality entomological monitoring. In addition to monitoring entomological and epidemiological indicators in relation to the PBO net distribution in Ebonyi, VectorLink Nigeria proposes to monitor the programmatic impact of the distribution of PBO and Interceptor G2 nets that PMI plans to deploy in Oyo.