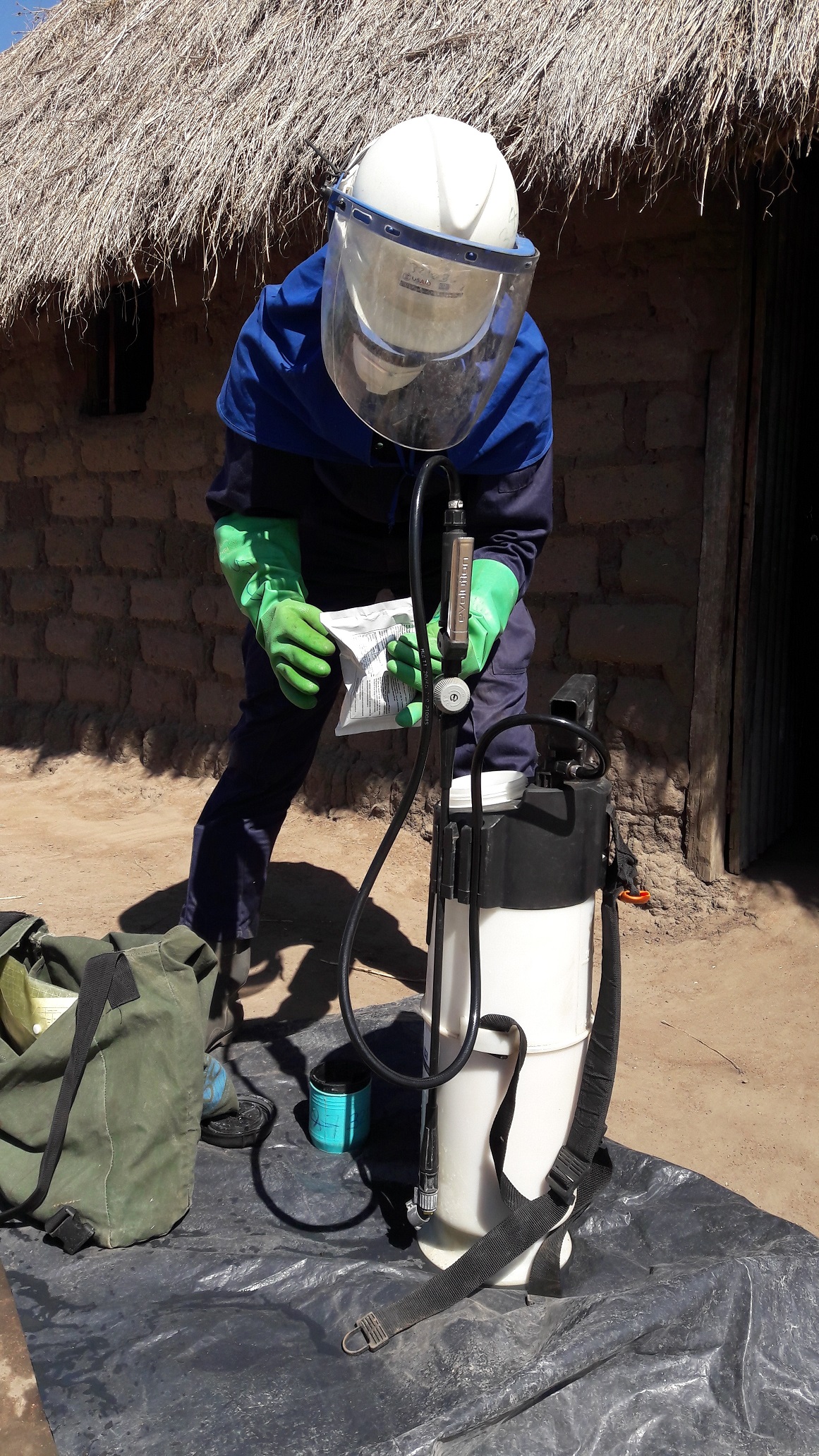 The U.S. President’s Malaria Initiative protects millions of people from malaria each year through indoor residual spraying (IRS), which kills the mosquitoes that transmit malaria by spraying insecticide on the walls, ceilings and other indoor resting places of those mosquitoes. Mosquitoes’ resistance to insecticides used in IRS is growing, however, threatening the impact of malaria control strategies and the spread of the disease. Of the four classes of insecticides recommended by the World Health Organization (WHO) for use in public health programs, mosquitoes in many areas are increasingly resistant to all but one. As a result, the cost of IRS has risen due to the reliance on more expensive insecticides to ensure efficacy of IRS, and insecticide resistance management strategies are difficult to implement given the lack of available options.

Recently, WHO recommended the use of Sumishield® from a new class of insecticides for IRS. The insecticide, developed by Sumitomo Chemical in Japan, is the first new insecticide recommended for use in public health in 40 years.

In February and March 2018, the PMI VectorLink Project piloted the insecticide in Tanzania to assess both community acceptance and any operational issues. The project will monitor the entomological and epidemiological impact of the new insecticide.

The pilot was conducted in Tanzania’s Mara Region in Musoma Rural district. The project sprayed 43,880 structures with the insecticide, protecting 175,116 people from malaria. The pilot was part of a larger IRS campaign in the country, which protected more than 2.6 million people.

Malaria stakeholders are optimistic about the prospect of another insecticide that can be used to help overcome resistance. Ernest Gamba, the National Malaria Control Program’s Malaria Focal Person for Musoma Rural District, said, “We are very thankful our district was chosen to be a pilot district for Sumishield® so that the rest of Tanzania can learn from the experience we acquired by being the first to use this new product.”