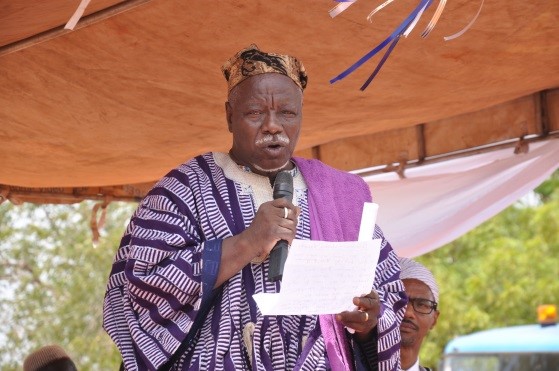 Malaria is an endemic disease in Ghana. This makes any effort which reduces malaria worth celebrating. Among the interventions used to help in the reduction of malaria is Indoor Residual Spraying (IRS). IRS involves spraying an insecticide on the ceilings and walls of homes, where the malaria-carrying mosquitoes rest after feeding. The insecticide kills the mosquitoes, preventing the further spread of the disease. The US President’s Malaria Initiative (PMI) directly supports IRS implementation in selected districts in the Northern Region of Ghana.

Over the years, a number of studies and observations made by community leadership reflect the impact made by IRS in the society. A recent study published in the Malaria Journal [Coleman S. et al., Malar J (2017) 16:324] shows that IRS reduced malaria transmission in the districts studied as compared to the districts where IRS was withdrawn.

Another study conducted jointly by the World Health Organization (WHO) and the Ghana National Malaria Control Program [Aregawi et al. Malar J (2017) 16:177] corroborates these findings. In the study, the researchers reviewed all health records from 2005 to 2015. In districts where IRS was implemented, a significant reduction (47%) over a the ten-year period in the number of malaria cases, and a greater impact on key malaria indicators was observed as compared to non-IRS districts. Malaria admissions decreased by 68%, malaria deaths reduced by 88% and test positivity rate (TPR) reduced by 89%. In non-IRS regions, the reduction in malaria admissions was 35%, and malaria deaths and TPR decreased by only 44% and 38%, respectively.

Traditional leader Mba Tarana said, “Since you [PMI IRS] began spraying our communities, we rarely see mothers rushing their children who have severe malaria and are convulsing to the hospital.” Community leaders such as Mba Tarana have contributed to the significant impact made by IRS through mobilization and monitoring of spraying in their towns and villages. Their involvement in and support of IRS have been critical to the success of IRS as they encourage the full participation of all stakeholders, resulting in reduced prevalence of malaria and the improved health and livelihood of those living in the PMI-supported districts.