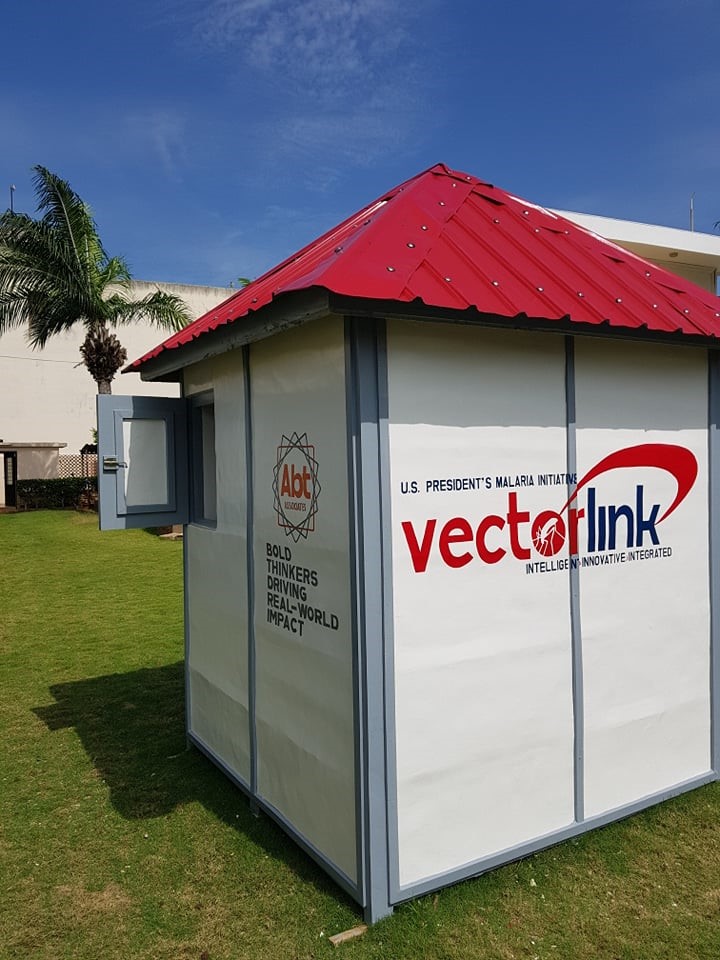 For the past ten years, the U.S. President’s Malaria Initiative (PMI) has implemented key vector control interventions in Benin to reduce malaria-related morbidity and mortality. Working in partnership with local governments and the National Malaria Control Program (NMCP), the PMI VectorLink Project conducts indoor residual spraying (IRS) to kill malaria-carrying mosquitoes. IRS involves spraying insecticide on the walls, ceilings and indoor surfaces where the mosquitoes rest. Since PMI began conducting IRS in Benin and with the improvement of health services, the Government of Benin has seen a downtrend of morbidity and mortality from malaria.

At the end of the most recent 2018 IRS campaign, PMI VectorLink Benin, in collaboration with local NGO, GAMAF s.a.r.l, (Germain Amadji & Fils), collected and repurposed 6,337 empty cardboard boxes into sheets of material for other innovative uses. Empty cardboard shipment boxes that once stored insecticide are stripped of plastic labels, shredded into small pieces and then grinded into a paste. The paste is mixed with a binder, composed of glue and dyes, and then molded into planks of material for construction, partition rooms, ceilings, small furniture, manufacturing of art objects, etc.

Through recycling the cardboard, 3,926 kg of biogenic carbon that is sequestered in the raw material of the cardboard is not being emitted into the atmosphere through incineration.