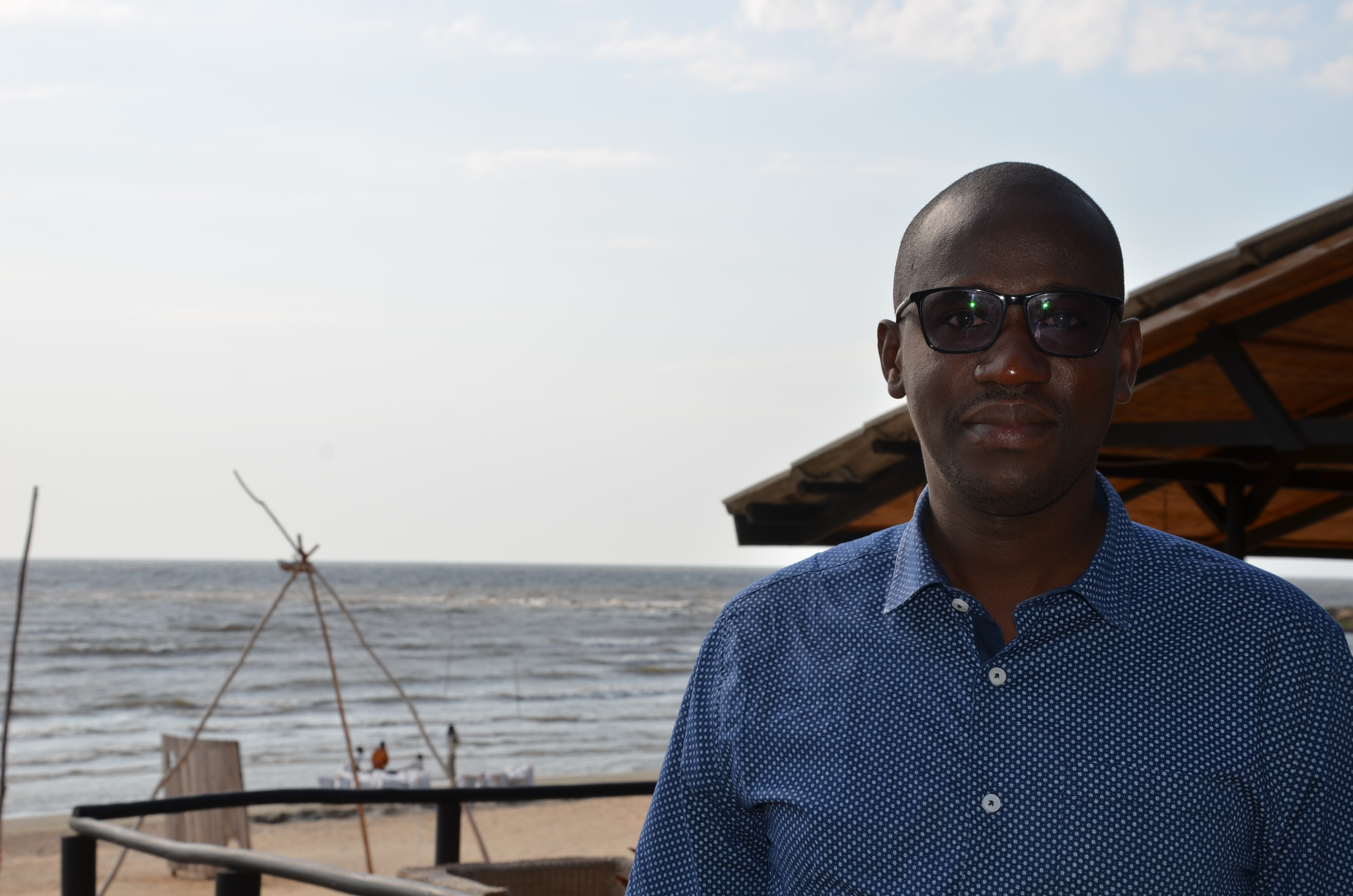 Jules Nahimana is a self-proclaimed workaholic.

“I like my job too much,” says Nahimana. “It really motivates me.”

As Operations Manager for the U.S. President’s Malaria Initiative (PMI) VectorLink Project in Malawi, Nahimana said he inherited his work ethic from his mom.

Growing up in Rwanda’s Western Province on the border of DRC in Rusizi District, Nahimana’s home was 100 meters from the school where his uncle was headmaster.

“My mom told me I had to be number one in primary school. She expected it. When we were doing national exams, I was number one at my school. I like studying. It’s part of my passion.”

With a Master’s in Public Health from the National University of Rwanda, a Master’s in Project Management from Jommo Kenyatta University of Agriculture and Technology in Kenya, and a Bachelor in Education and Psychology from the Adventist University of Central Africa, Nahimana took his mom’s wishes to heart and then brought that dedication to his work.

During PMI VectorLink Malawi’s 32-day spray campaign in Nkhotakota District from October 2nd – November 7th 2018, Nahimana often started his work days at 4:30 a.m. and didn’t finish until late at night. The hard work paid off as the project sprayed 112,264 structures, protecting 501,324 people including 11,066 pregnant women and 90,953 children under five in one of highest malaria-burden districts in the country.

Recently, Nahimana carved out time in the early morning before work to talk about his role with PMI VectorLink.

Can you tell us about your work in malaria prevention?

I started working with the PMI-funded IRS Project in Rwanda in 2010 as the M&E Specialist and in 2011 was hired as the M&E Manager. In 2014, I was promoted to Operations Manager and was in that role from 2014-2017. I also supported the PMI-funded IRS project in Mozambique for two months in 2015 in logistics and operations management. Before becoming Operations Manager in Malawi, I also supported the start-up for PMI VectorLink Burkina Faso.

What do you find most challenging about your job?

This job is a big position. It’s lot more than operations. It’s planning and logistics, decision-making and setting direction for the project. If you don’t plan well it will affect implementation. For instance, we have to plan according to how far the structures are away from each other. In Malawi, they are much more scattered than in Rwanda, so we had to adjust our start time with workers leaving very early – by 5:30 or 6 a.m. Fortunately, government stakeholders are always supportive.

What motivates you to work so hard?

I think it started with my education. It also comes with experience. People need to see a change and it pushes you to work hard. There are also expectations from the government. They want to see a change. Malaria is a big issue in this district. We needed to show the impact. In Rwanda, we saw an impact every year after we sprayed. Malaria was reduced drastically. Protecting the community is a motivation on its own.

You also served as the Gender Focal Point for the PMI-funded IRS project in Rwanda. How did you draw on that experience in Malawi?

As the Gender Focal Point in Rwanda, I ensured that the project was gender inclusive, and thus had to fight against norms and attitudes that IRS is a job only for men. We were sure to give equal chance to both men and women. In Rwanda, there’s a big representation of women as Community Health Workers so we had some advantage. When I came to Malawi, we set ground rules to ensure women were given equal opportunity. We strongly encouraged women to apply and gave equal chances to both women and men. As a result, 40 percent of the 2018 seasonal workers were women. NMCP, Nkhotakota District Health Office, and Nkhotakota District Council were part of the recruitment so they played a big role.

How do you encourage and motivate women in their roles when they face gender bias?

First of all, we need to ensure sexual harassment guidelines are posted at each operation site. We trained all seasonal workers on gender issues. Also, during spray operations and morning assemblies gender was part of the messages that were being communicated to seasonal workers through job aid messages.

What is your hope for the project?

Malaria is the leading cause of morbidity and mortality in Nkhotakota district. From my experience in Rwanda, I expect us to see a big reduction of malaria after spraying communities. We should continue spraying Nkhotakota district to keep the burden low. We also need to cover more than one district since malaria is a big threat in Malawi. My dream is to make sure I succeed in what I’m doing and make sure seasonal workers enjoy their jobs and that we see a change in the community.

What do you wish people knew about the project?

People should really know about the impact and the importance of spraying communities. This is an intervention that is generously funded by the U.S. government at no cost to the community. We are using very effective insecticides and we are there to protect them. We want their cooperation.

Do you think Nkhotakota District will ever be malaria-free?