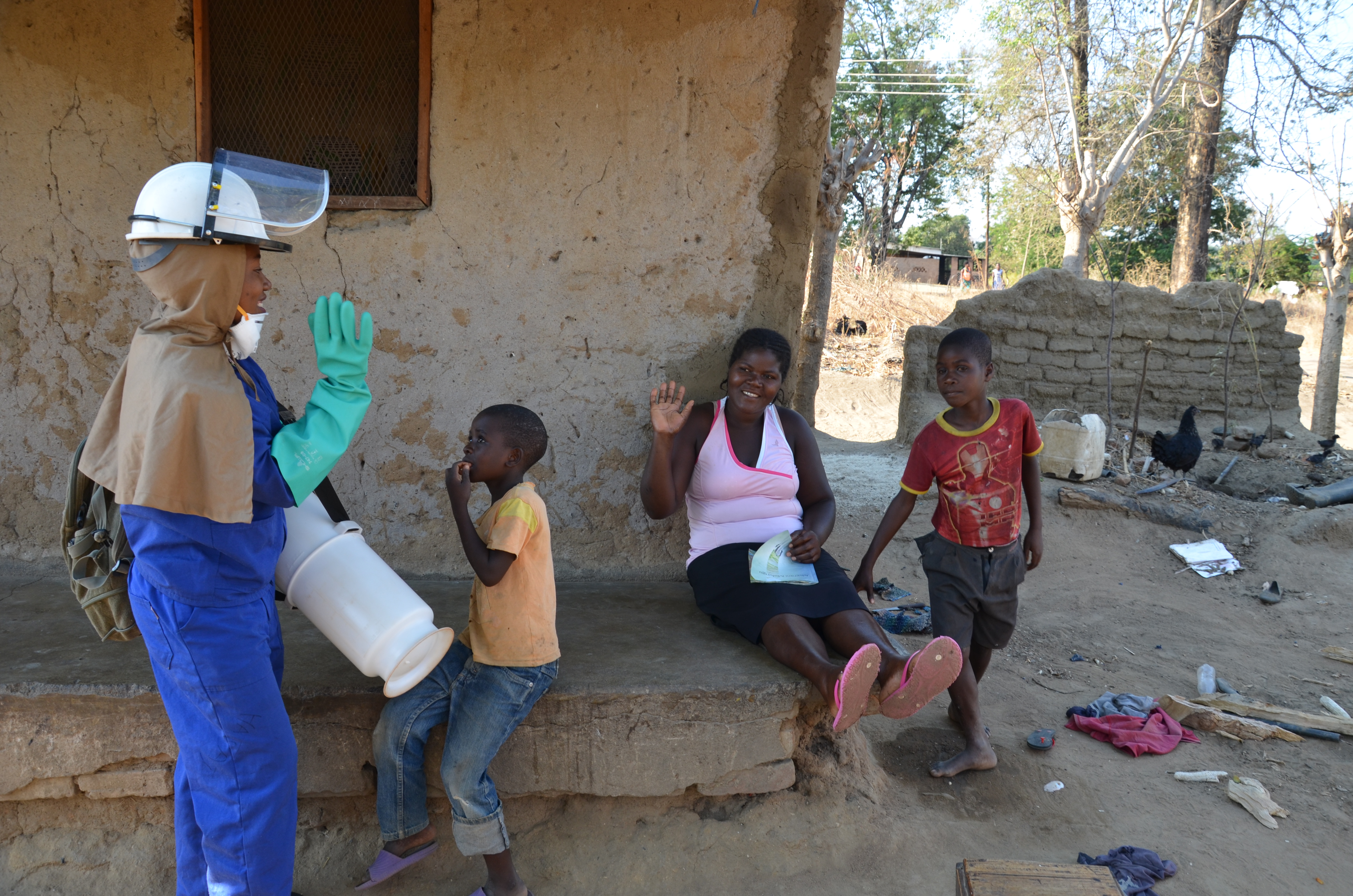 The numbers were going the wrong way. After a six-year absence of indoor residual spraying (IRS) in Malawi, the number of people falling ill from malaria was steadily rising, with confirmed malaria cases more than doubling since 2012.

“Mortality is 19.8 per 100,000 people. That’s 10 deaths a day – 3,650 a year from malaria alone. That’s too many,” said Dr. Michael Kayanga, Vector Control Program Manager for Malawi’s National Malaria Control Program (NMCP). “We were the only country in the region not implementing IRS.”

IRS involves spraying an insecticide on the walls and ceilings where mosquitoes carrying the malaria parasite tend to rest. Eager to reverse the deadly upwards trend, the NMCP collaborated with the U.S. President’s Malaria Initiative (PMI) VectorLink Project to bring IRS back to Nkhotakota District – one of the country’s most vulnerable areas and a district that PMI last sprayed in 2012.

If the partnership continues the way it started, we should be very successful and each child under five can be free of malaria. With the PMI VectorLink Project, I hope we have reduced malaria by more than 50 percent of the current status in the next two years.

In October and November 2018, PMI VectorLink successfully sprayed 112,264 structures during a 32-day campaign, protecting 501,324 people including 11,066 pregnant women and 90,953 children under five, who are at the highest risk of dying from the disease. In addition to implementing IRS, PMI VectorLink provided training at district and national levels of government in spray quality, supervision, planning, logistics and environmental compliance and safety, including how to handle insecticide and dispose of IRS waste.

Peter Kamuloni, Nkhotakota District Environmental Health Officer, said, “Before, we were just learning in school, but not on the ground. The project training took it to the practical level and what we learned can be applied to dealing with other chemicals. The inventory tracking training was also key. IRS storekeepers learned enough that they can work for big companies now.”

While PMI conducted the IRS campaign, the government played a key role in the recruitment of seasonal workers, community mobilization, and donated the space for data collection centers.

“Most projects fail because of poor planning,” Kamuloni added. “PMI VectorLink had good leadership. Everyone was 100 percent committed. The incentive for us was that the NMCP was part and parcel of the project. We were respected and were not treated as if we were outside the project; and the project was in line with our goals as a district – to reduce malaria.”

PMI VectorLink is also helping the NMCP to develop a roadmap for its Insecticide Resistance Management Plan to ensure the long-term efficacy of IRS.

“We’ve collaborated well and we really own the project,” said Dr. Kayanga. “We’re quite happy. Since we sprayed, there’s already been a huge difference in the reduction of mosquitoes. People even called to tell us thank you.”