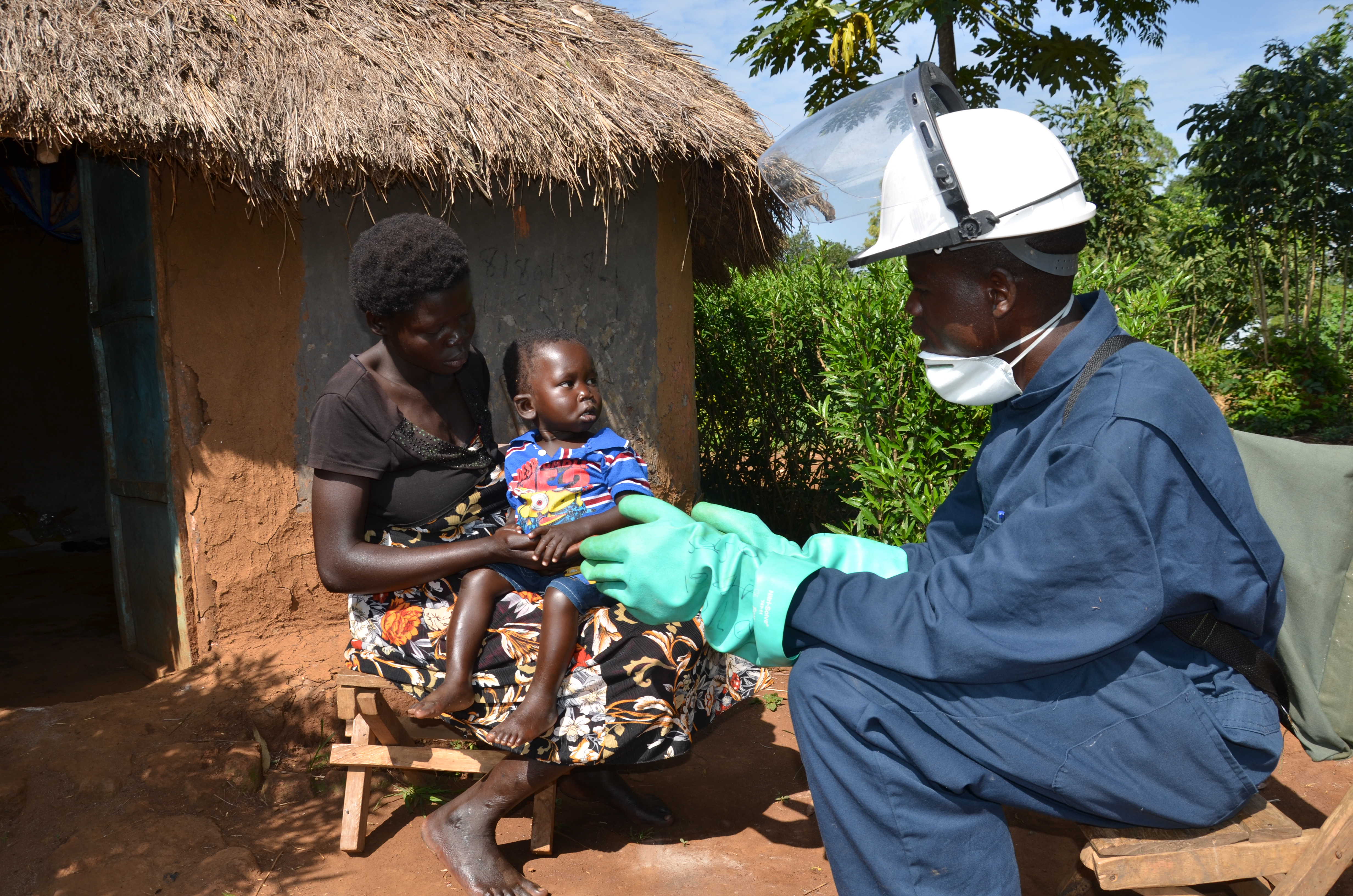 Maria Wamagali is no stranger to malaria and the deepest sorrow it can bring having lost four children to the disease. In fact, in her village of Busibira in Butaleja District in Eastern Uganda, malaria is one of the leading causes of death among young children. According to the World Malaria Report 2018[1], malaria remains the leading cause of morbidity in Uganda, accounting for 4% of all estimated malaria cases worldwide in 2017. The high burden of malaria exceptionally affects children and women, particularly pregnant mothers.

Since 2006, the United States President’s Malaria Initiative (PMI) has supported the Ministry of Health (MOH) in Uganda to fight this deadly disease. In 2017, the PMI VectorLink Project began implementing an integrated vector control approach in collaboration with the MOH with the overall goal of reducing the burden of malaria in the country. The project conducts indoor residual spraying (IRS) in 15 high disease burden districts, including Butaleja District.

In Uganda, the PMI VectorLink Project works directly with Butaleja District’s local government to raise awareness about the disease and the benefits of IRS. The project mobilizes communities to prepare for spray and supervises and monitors the implementation of IRS with a focus on spray techniques, compliance to environmental safety, data management, and reporting.

Before PMI VectorLink began working in the village, Maria Wamagali saw many people die from malaria. A mother of 10 surviving children, she was so afraid of the disease she did not allow her sons and daughters to bring their children to her home for fear of the children being infected

“Since indoor residual spraying was introduced to us in this village with the continued community engagement and sensitization outreach and dialogue, there has been a huge change in the health of my family,” she said.

Through the support of PMI, Wamagali says she now understands how to prevent malaria and welcomes IRS. As a result, there are fewer hospital visits and her grandchildren are safe. She said that children in her village no longer die of malaria like they had before and that now she visits the health center with the children only for immunizations. Wamagali also added that spraying has not only reduced malaria in the community but has also reduced the number of crawling insects, such as cockroaches and flies, in her house.

Wamagali urges the community to fill in ditches which could contain stagnant water and thus be potential breeding grounds for mosquitoes and to always sleep under mosquito nets, especially children. She also encourages them to allow their houses to be sprayed to help eliminate malaria.