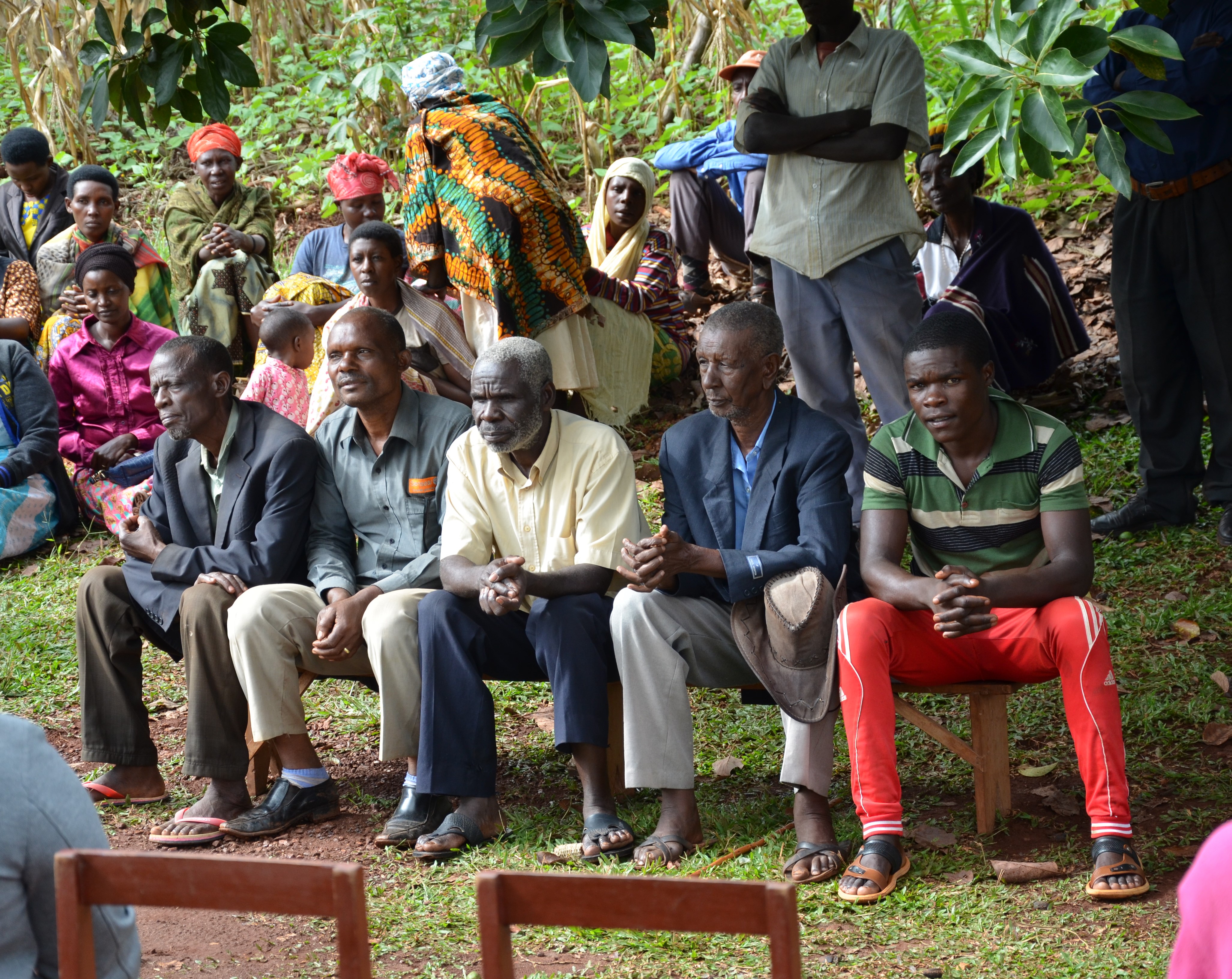 Before the sun meets the sky, indoor residual spraying (IRS) spray operators make their way from their home to the local IRS operations site where they gather for a filling breakfast. At 5:30 am, they collect their IRS supplies: a daily allotment of insecticide bottles, personal protective equipment, and their spray pumps. By 6:00 am they set off to the communities to begin the day’s work.

IRS kills mosquitoes that transmit malaria by spraying insecticide on the walls, ceilings, and other indoor resting places of mosquitoes inside peoples’ homes. The United States President’s Malaria Initiative (PMI) has supported IRS in Rwanda since 2007, to reduce the burden of malaria. Following the success of the predecessor PMI Africa IRS project, PMI VectorLink now conducts IRS in Rwanda’s Eastern Province, an area that accounts for nearly 60% of the country’s disease burden.

Blandina Mukabanya, lovingly referred to as Mama, has lived in Eastern Province’s Kirehe District, in the same house where her first son was born over 30 years ago. Though she can’t remember the last time she had malaria since IRS was introduced in her village, Blandina vividly remembers the devastating effects it had on her family and community. In addition to severe illness and loss of life, malaria places an economic strain on individuals and community resources.

Before IRS was implemented in 2015, Kirehe District had over 41,000 cases of malaria a year. The sheer volume of cases put such a strain on the District Health Centers’ resources that caregivers were unable to effectively treat everyone. The ill would be too sick to work, and caretakers would miss work to care for family members suffering from malaria. The burden of this disease created an economic strain that prevented the community from thriving.

Since IRS has been introduced, malaria cases and related deaths have been significantly reduced. Kirehe District now has less than 5,000 mild cases of malaria a year.  People now spend less time in health centers seeking care for themselves or their family. Fewer sick days allow people to work more, save more, and invest in their futures. Liberta Kayitesi has worked with The PMI VectorLink project since 2017, healthy and able to work consistently, Liberta not only gained skills in her role as a Spray Operator, but she was also able to pay off her bank loans with her earnings – she’s now debt free! “We’re fighting malaria and poverty at the same time,” she says.

“[Kirehe] had the highest number of malaria cases, but now that we spray, we haven’t had it for years. To see fewer sick people in my village keeps me hopeful.” – Josette Munyana, Community Mobilizer and Head of Social Affairs.

From September to October 2018, The PMI VectorLink Project conducted its most recent IRS campaign in Kirehe District. Over a 20-day period, PMI VectorLink sprayed over 88,000 structures protecting 411, 261 people from malaria.