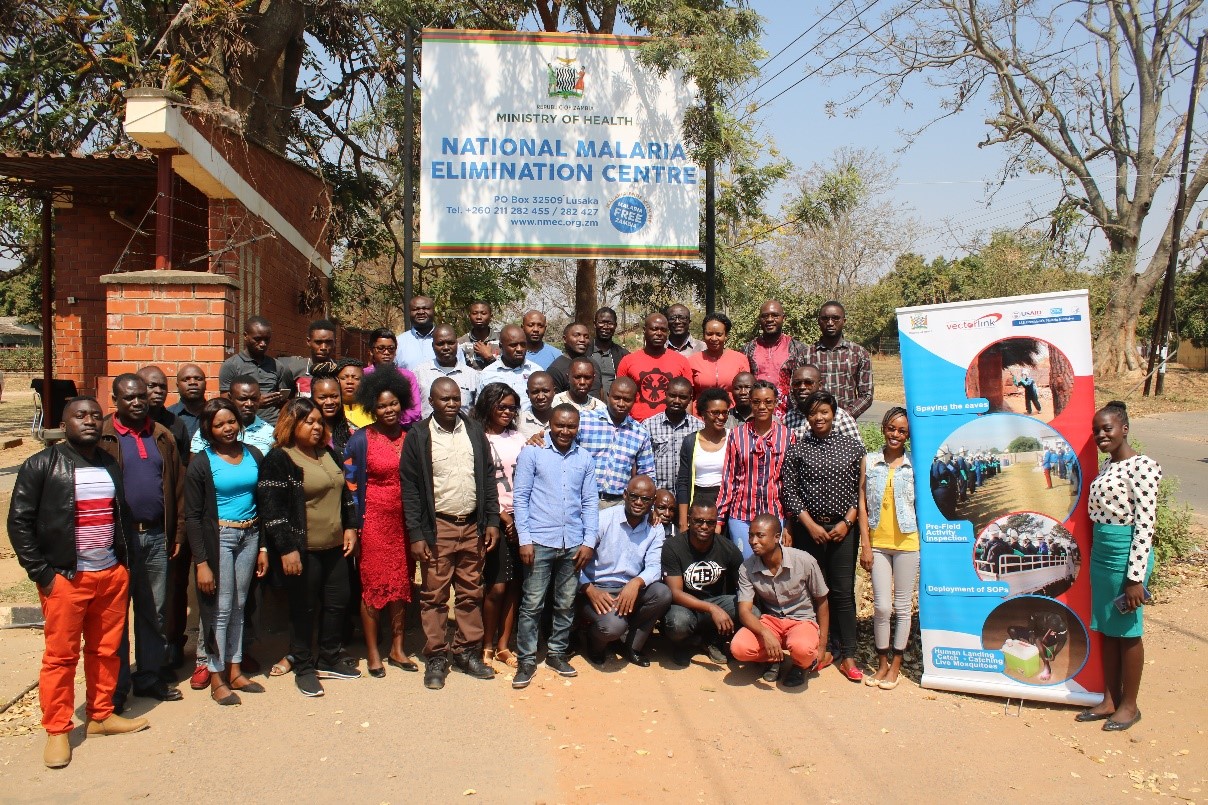 The PMI VectorLink Project recently conducted a one-week training for Zambia’s government environmental health technicians (EHTs) in entomological monitoring and morphological identification of Anopheles mosquitoes, the vector which carries the malaria parasite. The training is part of VectorLink’s effort to increase the Zambian government’s capacity to identify Anopheles mosquitoes – an area that was once a significant gap across various entomological monitoring sites in Zambia. Trained entomologists are critical to ensuring the necessary monitoring is conducted and applied to crucial decision making in the deployment of malaria control interventions.

The training, held August 5-9, 2019, was hosted at the National Malaria Elimination Centre (NMEC) in Lusaka. Thirty-two government employees representing entomological monitoring sites from across all 10 provinces in Zambia attended.

While addressing the trainees during the official opening, NMEC Deputy Director Dr. Busiku Hamainza said entomological surveillance is now considered an intervention in the national strategy and recognized PMI VectorLink’s tireless efforts in ensuring standards in vector surveillance within the PMI-supported districts, as well as in districts supported by the government and other partners.

Each trainee worked with morphological identification experts to ensure they were able to correctly identify the common Anopheles species in Zambia. VectorLink Zambia provided participants with a copy of the Anopheles identification key for use after the training.

In his remarks about the training, the NMEC’s Principal Malaria Control Officer and acting Chief Entomologist Mr. Willy Ngulube said, “This training has been timely and addressed a key entomology capacity need of the country. The program now expects high-quality entomological data from the districts as we proceed to monitor the impact of the 2019 IRS campaign on the various entomological indicators.”