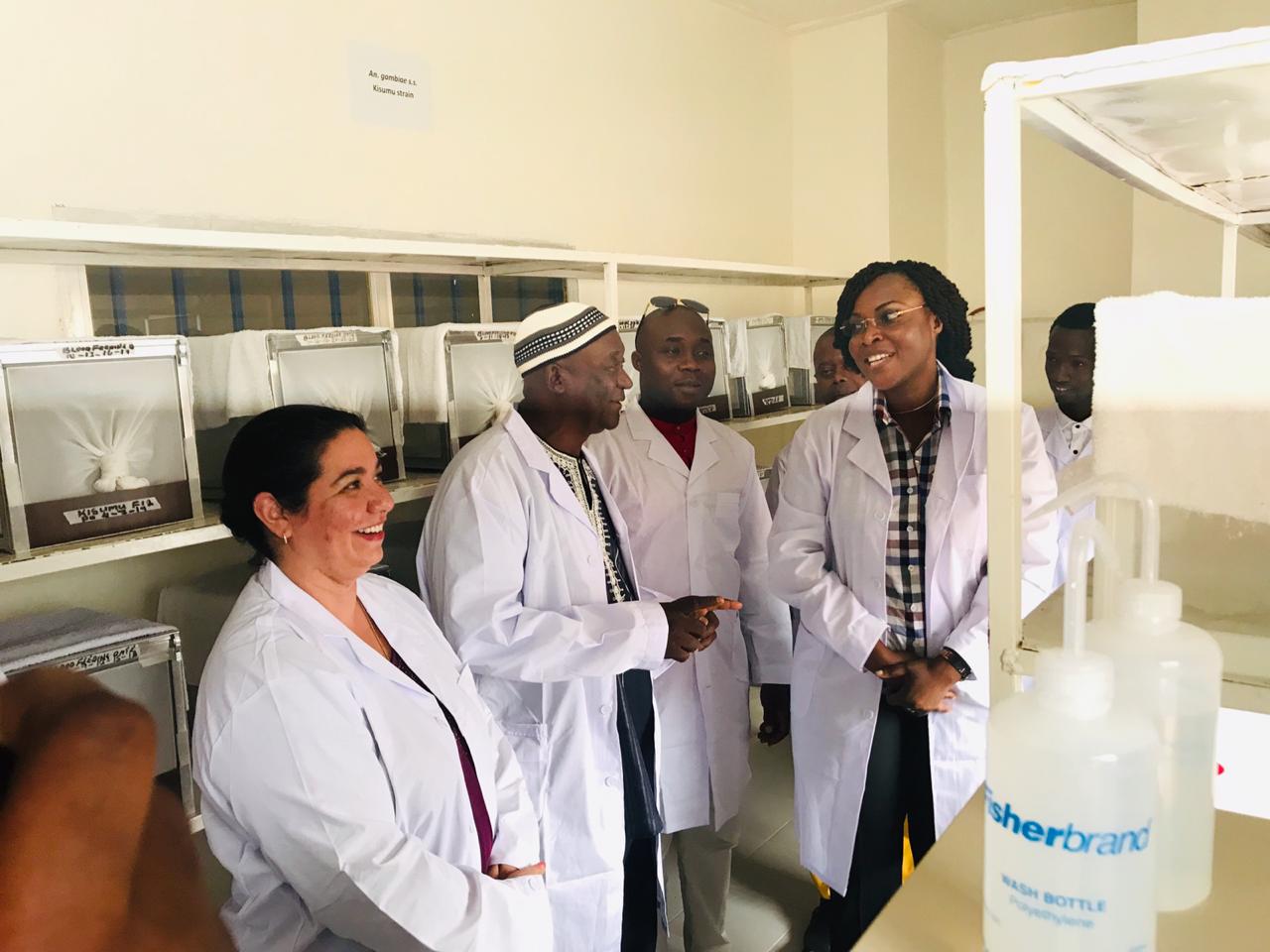 In the West African country of Sierra Leone, 100 percent of the population is at risk of contracting malaria. Despite the country’s incredible progress in reducing the number of deaths related to malaria in recent years, the disease still contributes to an estimated 2,240,000 outpatient hospital visits every year. One million of those patients are under the age of five[1].

A key defense to fighting the infectious disease is understanding the enemy. The more scientists know about the Anopheles vector – the mosquito that carries the malaria parasite – the better equipped they will be in making vector control decisions. The VBDIL will allow the country’s entomologists to test the resistance of Anopheles mosquitoes to malaria vector control products. Being able to assess the effectiveness of potential vector control interventions will help the country make strategic decisions for vector control programming. To protect people from malaria, Sierra Leone currently uses insecticide-treated nets and plans to use indoor residual spraying.

“We have no doubt that the collaboration and partnership with PMI VectorLink will contribute immensely to the fight against malaria in Sierra Leone.” – Dr. Samuel Juana Smith, NMCP Program Manager

With the VBDIL in place, Sierra Leone will be able to undertake most of the entomological activities themselves without having to rely on data from other countries. Since the VBDIL was established, entomologists have reared mosquitoes of the An. gambiae s.s Kisumu strain – the primary mosquito vector responsible for the transmission of malaria in most of sub-Saharan Africa – making it the first time Sierra Leone can rely on quality vector control tools in-country. The insectary and laboratory offer the required conditions to rear mosquitoes from larvae collected at nearby sentinel sites. Trained entomologists then use the reared mosquitoes and assess their susceptibility to the insecticides used in IRS and ITNs. Based on data collected and the results gathered from these susceptibility tests conducted in the VBDIL, the NMCP has advocated for the procurement and 100 percent use of piperonyl butoxide (PBO) nets, for Sierra Leone’s next insecticide-treated net mass campaign set to take place in 2020. PBO nets have been shown to significantly reduce malaria infection in areas with high rates of insecticide resistance.[2] Dr. Samuel Juana Smith, NMCP Program Manager says that they “have no doubt that the collaboration and partnership with PMI VectorLink will contribute immensely to the fight against malaria in Sierra Leone.”