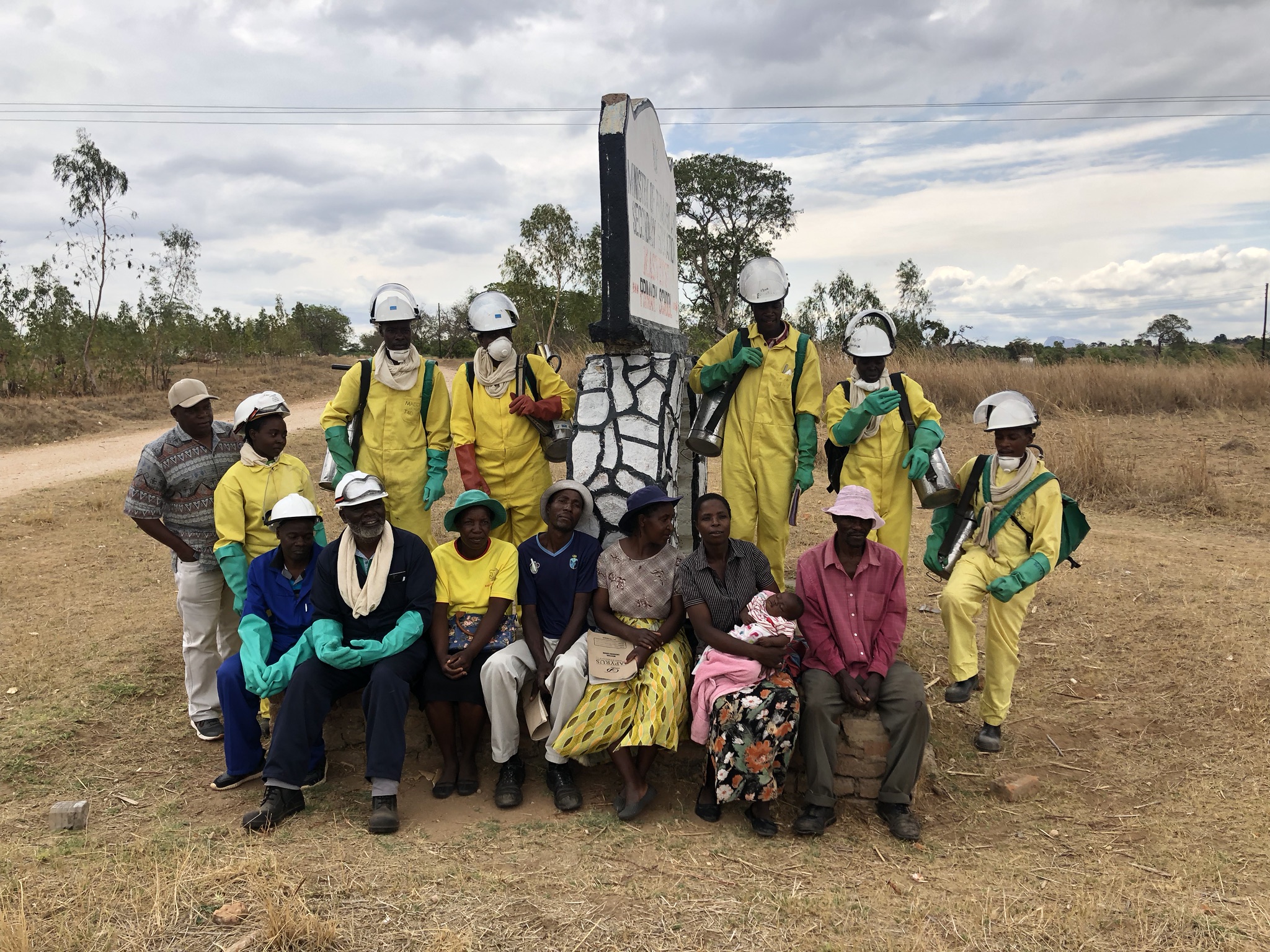 In VectorLink Zimbabwe’s 2019 campaign, the team implemented a pilot leveraging paid, community mobilizers to help bridge some gaps experienced in previous campaigns. VL Zimbabwe selected five wards in Mashonaland East (Zimbabwe’s newest spray province) which had challenges last year in meeting the 85% spray coverage and progress targets. The team worked with the village heads to select a lead mobilizer, who then helped in selecting of an additional 4-5 community guides per village. The lead mobilizer and community guides were compensated with a lunch stipend for their support to the program. To be eligible to participate, the guides had to be able to read, write, know the area well, and be well-respected in the community.

The village head and lead mobilizer strategized with spray operators on where to meet each day. The community guides would then take spray operators around the village and talk to households about spraying. In addition, the guides would assist with homeowner preparation and help make the days more efficient and effective, resulting in higher spray coverages and structures found. For example in Ward 29, Hoyuyu Luckydip in Mutoko district, spray coverage was 73.1% during the 2018 campaign and has improved to 85.1% in 2019. In addition, spray progress increased from 68.9% in 2018 to 84% in 2019. This year, when using paid, community mobilizers, VL Zimbabwe was able to meet the coverage threshold and supervisors noted an increase in quality of home preparation.

Overall, this pilot facilitated coordination between the community leadership and the spray operators to not only improve spray coverage and protect more of the population but also to empower community influencers to play a role in the health of the community. Spray operations were more efficient and effective, resulting in higher coverage.