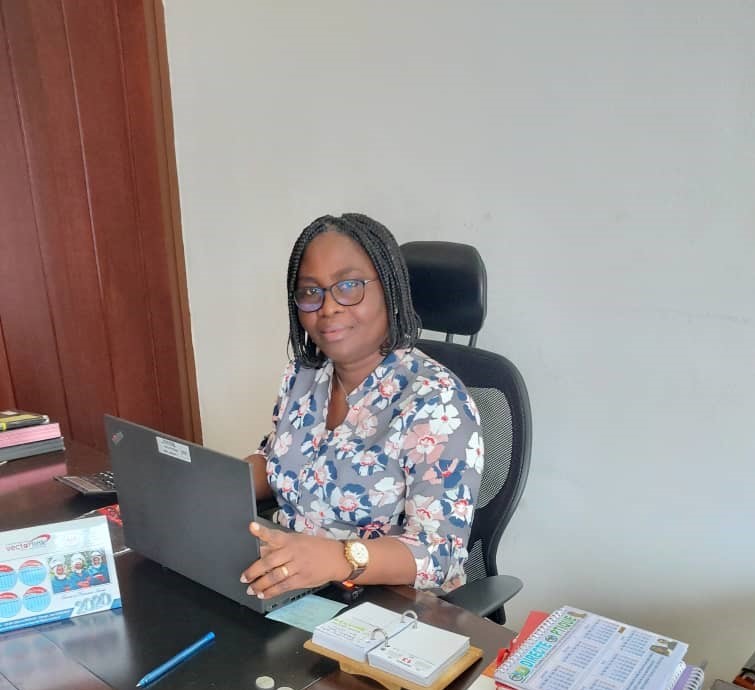 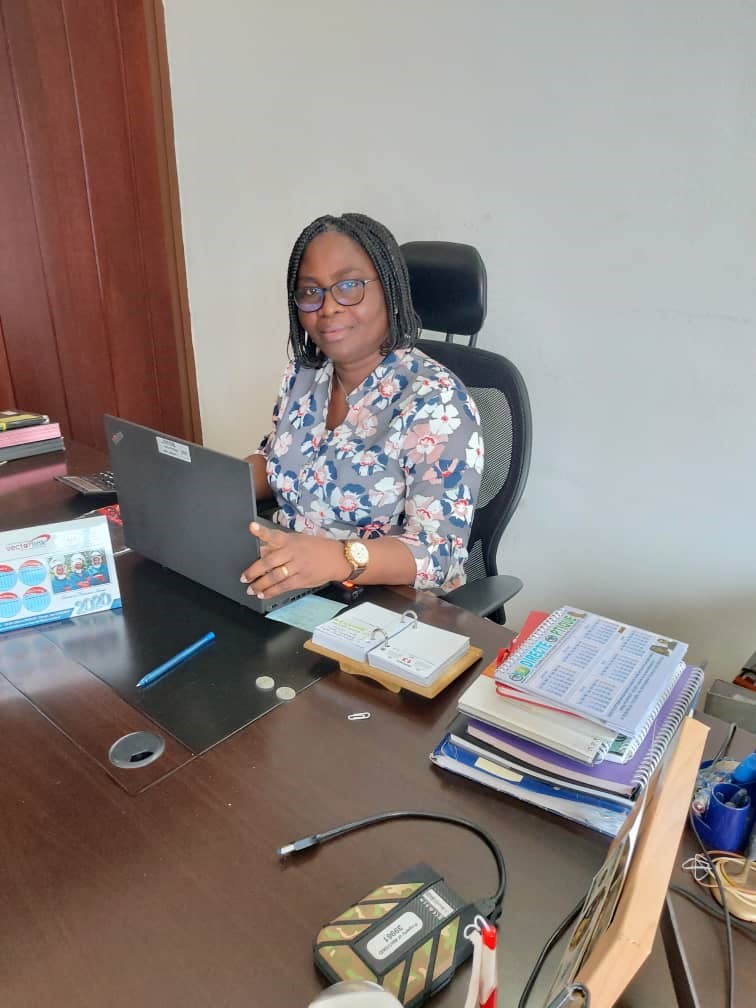 Joséphine Tossa has spent the past 12 years fighting malaria in Benin on projects supported by the U.S. President’s Malaria Initiative. As a child growing up in southern Benin’s Mono District, Tossa suffered from malaria more than once and saw many others suffer as well.

“After my academic studies,” Tossa said, “I worked in many organizations in the field of community development. It was during this journey that I realized that malaria was not only a disease but also a cause of underdevelopment in underprivileged areas. That’s when I became interested in working in the field of malaria prevention.”

In her career with malaria prevention projects, particularly those managed by Abt Associates, Tossa has served as Finance & Administrative Manager as well as the Gender Focal Point for VectorLink Benin. Tossa shared a few of her insights about her work, the project and malaria in Benin.

VL: What impact has PMI VectorLink had on malaria in your country?

Tossa: Benin has all the environmental conditions for endemic malaria. The burden of malaria was such that health services were almost overwhelmed. With malaria interventions, such as indoor residual spraying (IRS) and insecticide-treated nets (ITNs), some severe forms of malaria have decreased, allowing health services to have time to deal with other diseases. Vector control interventions are implemented in areas that have extensive agriculture. Therefore, malaria prevention activities allow people to stay active and maintain economic growth.

VL: What changes have you seen in malaria prevention since the project began?

Tossa: Thanks to information, education, and communication activities, populations are increasingly aware of the risk factors for malaria. Increasingly, people are protecting themselves by properly using ITNs, and accepting the spraying of their houses. If these trends continue, Benin can expect a significant reduction in the burden of morbidity and mortality attributable to malaria by the end of this decade.

VL: Can you tell us a bit about your job?

Tossa: As F&A Manager, I ensure finance and administrative requirements are strictly followed. Most of the malaria prevention activities are carried out in campaign mode. Managing financial, administrative, and procurement aspects of thousands of seasonal workers requires a lot of work.

Also, VectorLink Benin is promoting cost-saving initiatives to cope with the increasing prices of new and more effective insecticides. I adopted a systematic approach to cost control, categorizing expenses according to whether they are fixed or variable, direct or indirect to spraying. Cost reduction efforts are now better targeted so they do not impact efficiency in implementation.

VL: Can you tell us about your role as Gender Focal Point on the project?

Tossa: Given the low female participation in malaria prevention, I’ve actively advocated with IRS stakeholders at the national and departmental level for the removal of cultural and social barriers to increase the involvement of women in spraying campaigns. When procuring overalls, boots and other personal protective equipment for IRS campaigns, I always ensure that the gender dimension is taken into account. During spray campaigns, women have easy access to sanitary pads provided by the project, which was not guaranteed two years ago because of cultural barriers. In 2008, around 10% of women were involved in the IRS campaign. Today female participation has almost doubled.

VL: What kind of impact have you seen from the project?

Tossa: The project contributes to a reduction in morbidity due to malaria in rural areas less covered by health services, and provides income opportunities to the local population as seasonal workers, which helps them to improve their living conditions every year.

VL: What has been one thing you’ve learned or loved about working with PMI VectorLink?

Tossa: PMI VectorLink offers safe working conditions and professional development for all its staff. This makes VectorLink a great place to work and have a professional career.

VL: How do you see the country moving forward with malaria prevention or mosquito control?

Tossa: Most vector control interventions take place inside houses. Previously, Benin had lacked interventions that protected people while they are outside. Recently, the country has put a lot of effort in improving the living environment, repairing roads and clearing gutters. Cleaning up the environment to rid it of stagnant water would help to improve protection from malaria. Also, educating and informing the populations on the causes and preventive measures of malaria would enable them to participate and take ownership of the fight against malaria vectors. These activities will optimize the existing interventions, namely ITNs and IRS.