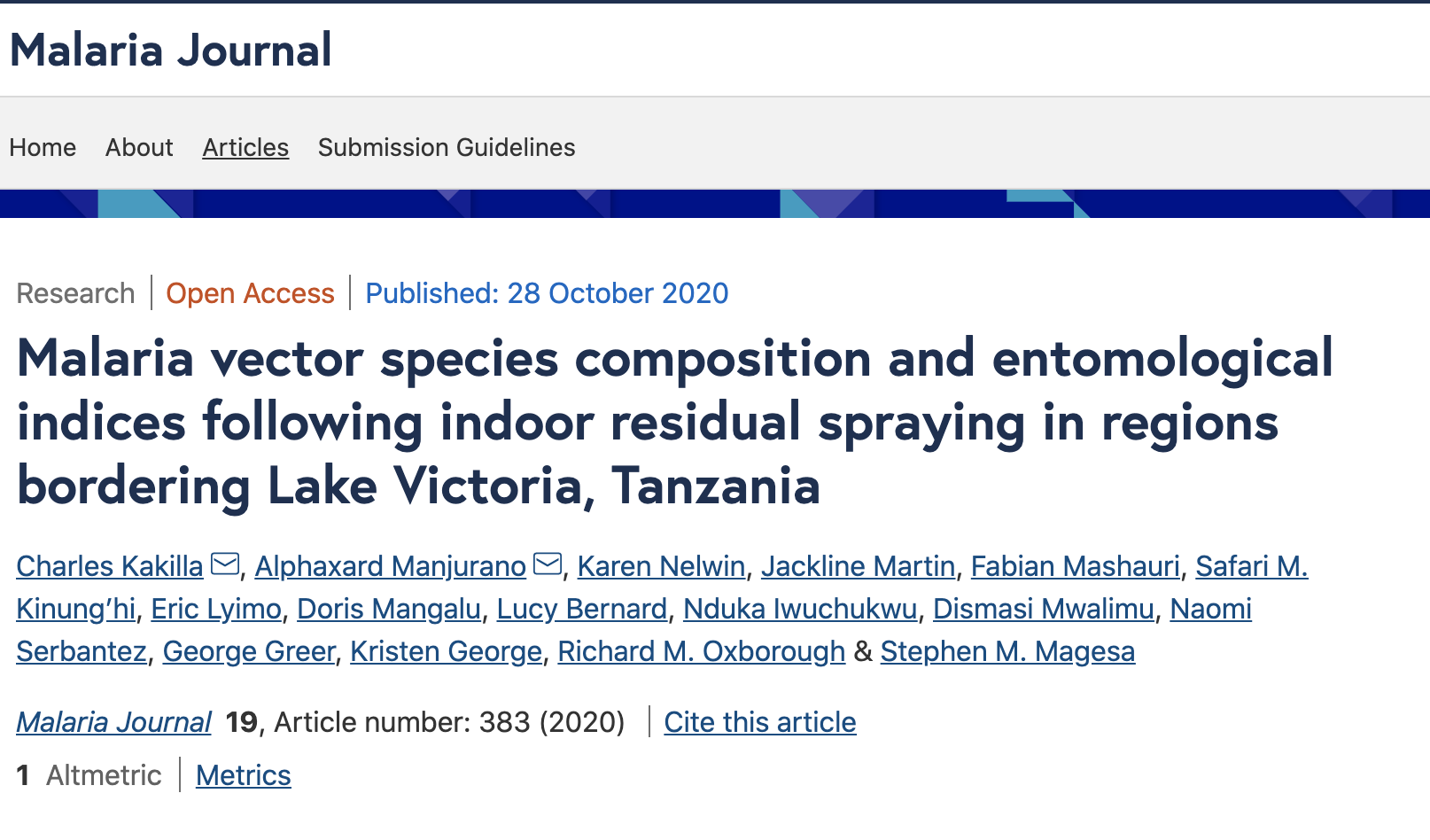 Vector control through long-lasting insecticidal nets (LLINs) and focal indoor residual spraying (IRS) is a major component of the Tanzania national malaria control strategy. In mainland Tanzania, IRS has been conducted annually around Lake Victoria basin since 2007. Due to pyrethroid resistance in malaria vectors, the use of pyrethroids for IRS was phased out and from 2014 to 2017 pirimiphos-methyl (Actellic® 300CS) was sprayed in regions of Kagera, Geita, Mwanza, and Mara. Entomological surveillance was conducted in 10 sprayed and 4 unsprayed sites to determine the impact of IRS on entomological indices related to malaria transmission risk.

This study contributes to the understanding of malaria vector species composition, behaviour and transmission risk following IRS around Lake Victoria and can be used to guide malaria vector control strategies in Tanzania.