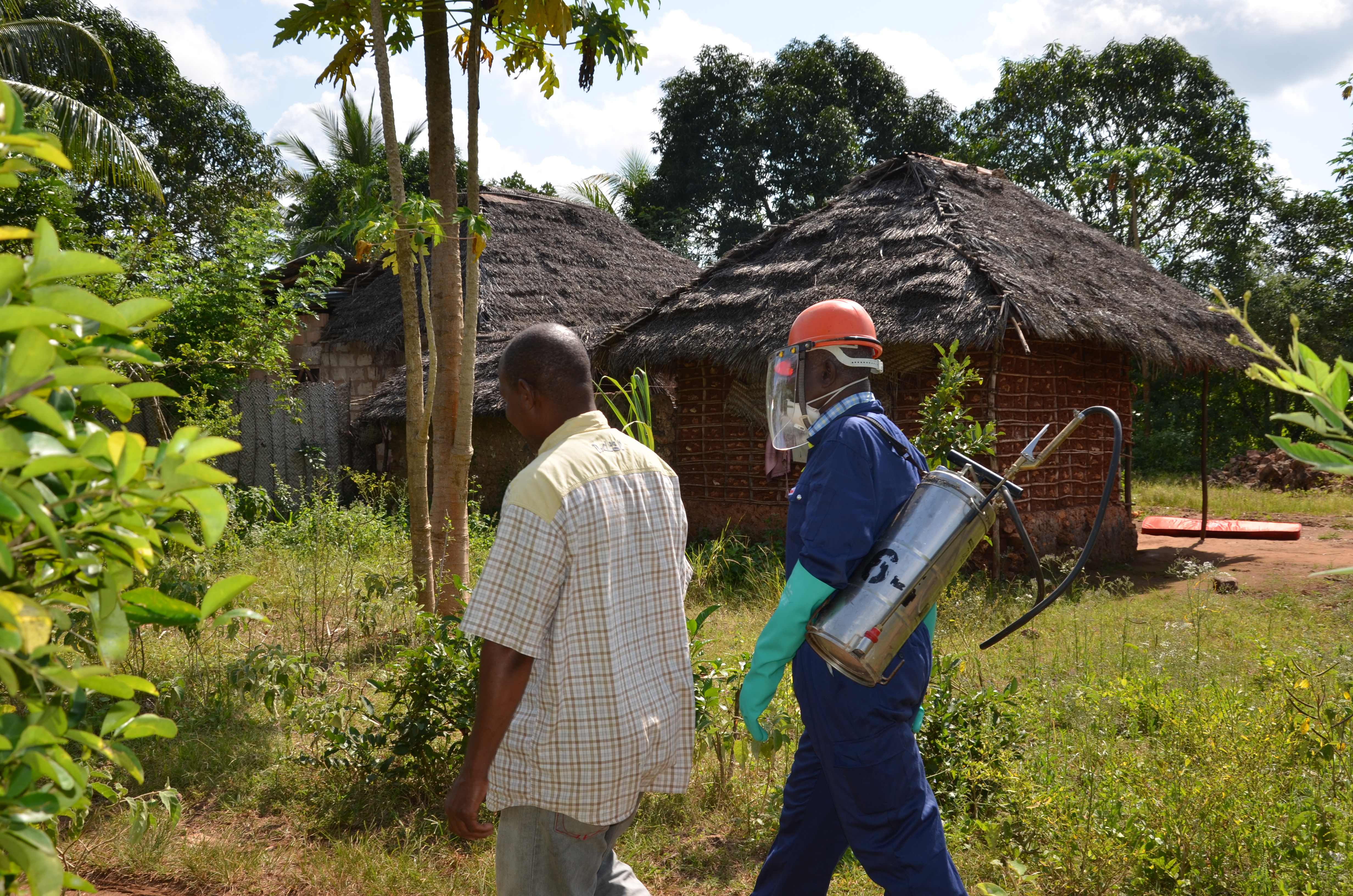 In June 2022, the U. S. President’s Malaria Initiative (PMI) VectorLink Tanzania team transitioned all indoor residual spraying (IRS) activities in Zanzibar to the Zanzibar Malaria Elimination Programme (ZAMEP), as the program continues its progress towards eliminating malaria in Zanzibar by 2023.

In a close-out ceremony, the Ministry of Health (MOH) Zanzibar’s Director of Preventative Services, Dr. Ali Nyanga, thanked PMI and PMI VectorLink Tanzania for three successful IRS campaigns that achieved coverage rates above 90 percent, as well as for contributions to strengthening the “sustained capacity and ability of ZAMEP staff to handle IRS.”

PMI has partnered with ZAMEP over the last seven years to conduct IRS campaigns. Since 2018, this partnership has been through the PMI VectorLink Project. In 2021, PMI VectorLink transitioned the management of the IRS campaign to ZAMEP, providing technical assistance as needed, with the goal of handing off full IRS responsibilities directly to ZAMEP this year. ZAMEP is now transitioning from full, large-scale IRS campaigns to rapid-response IRS in areas that experience malaria outbreaks.

In addition to supporting the government of Zanzibar’s efforts to strengthen capacity in planning and implementing safe, cost-effective, and sustainable IRS campaigns, PMI VectorLink Tanzania worked with ZAMEP and its partners to strengthen their information systems and build their capacity to collect, manage, and use IRS data. Over the past year, the project team guided ZAMEP to establish interoperability between Coconut Surveillance, an integrated data system to support malaria surveillance and elimination in Zanzibar, and the Zanzibar Ministry of Health District Health Information Software (DHIS) 2 system—allowing the two systems to exchange information for evidence-based decision making in a timely manner.

PMI VectorLink Tanzania also introduced ZAMEP to mobile data collection during IRS campaigns, enhancing their team’s digital capabilities. Over the last year, the project guided the ZAMEP team to develop its own mobile application, which it will use to collect data during rapid response IRS activities. These efforts have left the ZAMEP team with increased competence and confidence in their data collection, reporting, and analysis skills.

At the close-out event, Dr. Nyanga commended PMI VectorLink Tanzania for contributing to strengthening gender equity and youth employment through IRS work as well. Since the program’s inception, PMI VectorLink Tanzania has identified barriers to women’s participation in IRS and implemented policies to overcome those barriers. In Zanzibar and mainland Tanzania, PMI VectorLink piloted a 1:2 male-to-female ratio of spray operator recruitment in 2019/2020, after low participation of women in prior years. This initiative resulted in 42% of the seasonal IRS workforce being female, and women’s employment has remained high through the subsequent IRS campaigns. Dr. Nyanga cited this as a “great achievement” in his remarks, further noting that “90 percent of those employed are under the age of 35. This empowerment of youth is what the Government of Zanzibar is striving for.”

With the increasing use of the new type of nets, including pyrethroid-PBO insecticide-treated nets, mass IRS campaigns will be less frequent and rapid response efforts will occur as needed when there are malaria outbreaks.